Rhea Chakraborty spotted with Tejasswi Prakash, will she appear in ‘Bigg Boss 15?’

On Monday, Rhea was spotted at a studio in Andheri with Bigg Boss 15 contestant Tejasswi Prakash, people are wondering if is she joining Salman Khan’s reality show. 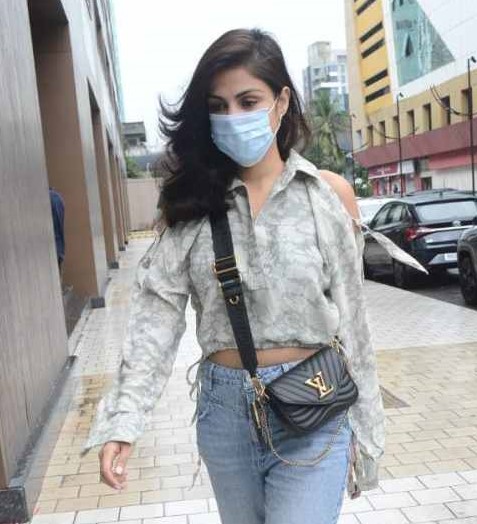 Rhea Chakraborty is in the news headlines since her ‘boyfriend’ Sushant Singh Rajput was found dead in Mumbai in 2020. Recently, she was spotted in a studio in Andheri with one of the Bigg Boss 15 contestants, Tejasswi Prakash and Daljeet Kaur, who was a former Bigg Boss contestant. Now, people are wondering if Rhea would be seen in Bigg Boss 15, the reality show hosted by Bollywood star Salman Khan.

Rhea was seen in a pair of denim and a grey top. The actress also carried a Louis Vuitton sling bag with her.

For now, there is no official confirmation about Rhea’s participation in the fifteenth season of Bigg Boss. However, on Sunday ColorTV tweeted a promo of the show and informed about some of the confirmed participants. It is expected that four Bigg Boss OTT contestants would also appear on the show.

This year’s Bigg Boss theme would be “Jungle Mein Dangal.”

Have a look at the promo here: