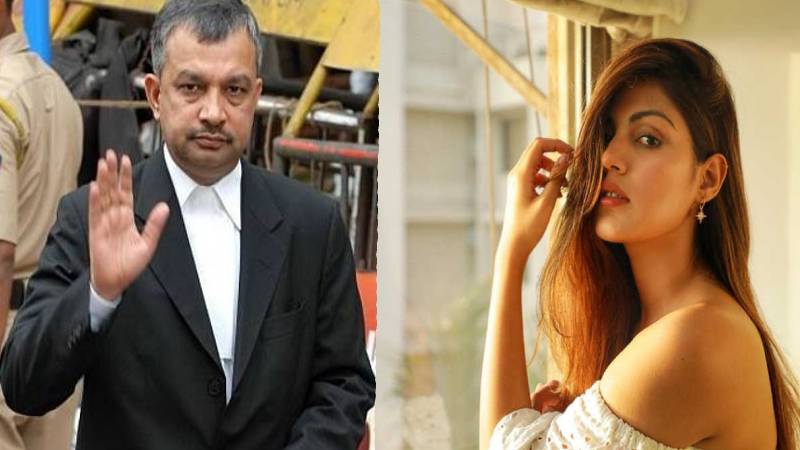 The legal team of actress Rhea Chakraborty has expressed satisfaction with the outcome of the Supreme Court hearing in the Sushant Singh Rajput case, stating that her petition will be heard in the apex court next week.

"The Petition in the SC will be heard in the next week. All concerned have to file their replies in the meantime. The State of Maharashtra is directed to place all the investigation steps taken in the case before the SC. We are satisfied with the outcome of the hearing," shared the actress's advocate Satish Maneshinde.

"In view of the pendency of the proceedings in SC, Rhea or anyone on her behalf (will) refrain from making any comments in the case," Maneshinde added.

Earlier on Wednesday, Solicitor General Tushar Mehta informed the Supreme Court that the Union of India has in principle accepted the recommendation of the Bihar government to order a CBI inquiry into the case.

The top court, in its order, gave three days to all parties to put on record their respective stand. It also noted that the Mumbai Police must submit its records of investigations done so far.

Justice Hrishikesh Roy, hearing the arguments on a plea by Sushant's girlfriend Rhea Chakraborty seeking transfer of the case from Patna to Mumbai, said a "very unfortunate incident has taken place".

"A gifted and talented artiste has passed away in circumstances which are unusual. Now, the circumstances in which this death took place needs to be inquired into," Justice Roy observed.

The judge also added that it needs to be investigated whether there was any criminality involved in the matter.

"Everybody has an opinion in the matter, we need to proceed according to the law," added Justice Roy.

Senior advocate Vikas Singh, appearing for Sushant's father, opposed the plea. Singh argued that evidence was being tampered with.

"It is in everyone's interest that the truth should be unraveled," observed Justice Roy, who also pulled up the Maharashtra government for quarantining for 14 days a Bihar Police officer, who was specially deputed to Mumbai to lead a team of four into the probe.

The Maharashtra government counsel insisted that there has been no destruction of evidence in the case.