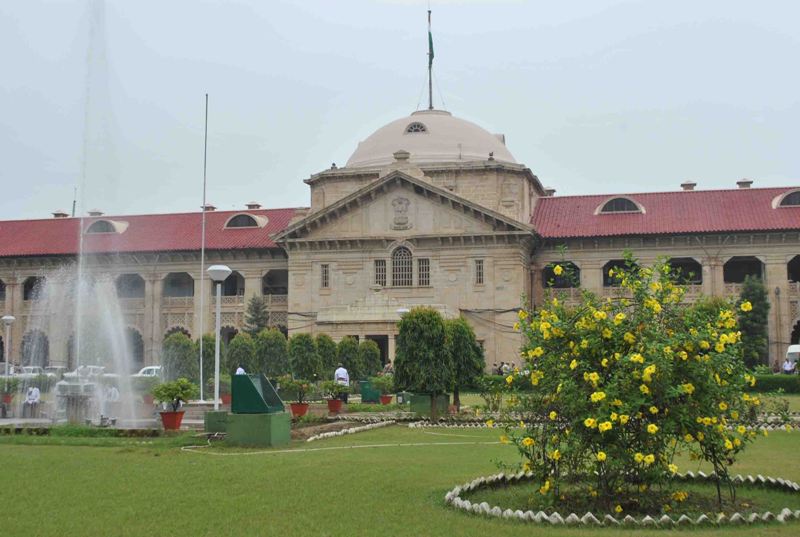 The anticipatory bail of a PFI member who is accused of promoting enmity between people of two religious communities is rejected by Allahabad High Court. While rejecting the plea, the High Court observed, “The fundamental right to freedom of speech and expression in a secular state is not an absolute license to injure and hurt the religious feelings and faiths and beliefs of a fellow citizen.”

Mohammad Nadeem, a Popular Front of India (PFI) activist, allegedly had made statements against the foundation stone laying ceremony of Ram Temple at Ayodhya. According to reports, the PFI member exhorted Muslims to come forward and protect the site of Babri Masjid. Observing the comments and propaganda made by the applicant, HC noted them to be capable of inciting hatred between two communities.

Considering the same, the Allahabad High Court said, “Therefore, prima facie, the offense is punishable under Section 153A IPC is attracted to the facts of the case. A person who takes the risk of dissemination of the blasphemous message is not entitled to get the discretion of the Court exercised in his favor.” Single-Judge Justice Chandra Dhari Singh thus rejected the anticipatory bail plea of Mohammad Nadeem in the matter.

Also read: BSF and Police work together to thwart drugs and weapons

An FIR was filed by Anil Kumar along with Amit Kumar against the applicant-accused PFI member Nadeem. They were informed by villagers that Nadeem was propagating against the foundation laying ceremony of Ram Temple in Ayodhya. The complainant stated that the accused was saying, ‘since the foundation laying ceremony of the temple at Ayodhya is being done on the land of the mosque, every Muslim has to come forward to protect the site of Babri Masjid.’ The FIR was lodged for promoting enmity between different groups on the ground of religion and spreading communal hatred under Section 153A of IPC.

The accusation in the lodged FIR was opposed by Nadeem’s counsel, advocate Yusuf Uz Zaman Safwi. He claimed the allegations to be false and fabricated and stated the FIR was an attempt to cover up the illegality committed by wrongful and unauthorized detention of Nadeem by Police authorities in violation of the fundamental right to life and liberty. Safwi said that Nadeem is a public-spirited person and a reputed social work activist.

According to reports, the applicant had moved an anticipatory bail plea before the court below. However, on September 28, 2020, the Additional District and Session Judge, Barabanki rejected the application and said, “the applicant is involved in propagating against foundation laying ceremony of Temple at Ayodhya and to promote the feeling of enmity, hatred or ill-will between the two communities.”

Get the latest update about violation of the fundamental right to life and liberty, check out more about Popular Front of India activist, current news in india, Barabanki & india breaking news