Rihanna and A$AP welcome baby boy as Priyanka Chopra and other celebs send love; 'She is doing well' 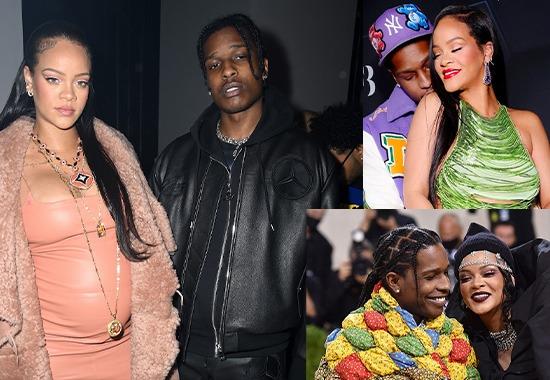 Rihanna and A$AP Rocky Baby: International singer Rihanna and her rapper boyfriend A$AP Rocky have welcomed their first child. The two are now parents to a child. Superstar singer and billionaire Rihanna gave birth to her first child in Los Angeles.
Both mother and baby are fine and recovering. Media houses have confirmed the news of the baby's birth and it has been reported by news agencies that the baby was born on May 13 in Los Angeles.
A source close to Rihanna and Rocky told a magazine that the couple is at home in Los Angeles with their child.
Rihanna is good. They are very excited to become parents. Rihanna is already an amazing mother. The Grammy Award winner's pregnancy came to light in late January when she flaunted her baby bump as she strolled the streets of Harlem with Rocky.
Rihanna's fashion sense made headlines during her pregnancy
Rihanna made headlines with her fashion sense months after pregnancy. In May, Vogue featured a picture of the singer flaunting a baby bump on its cover page. A lot of talks were written about her pregnancy and fashion in the magazine. It was written in it that Rihanna has made some profound changes in fashion.
Also Read: Rihanna returns to Barbados with A$AP Rocky following cheating rumours
Singer said in an interview that I hope we were able to redefine 'decent' for pregnant women. She said my body is doing incredible things right now, and I'm not going to be ashamed of it. This time there should be a feeling of celebration.
Rihanna and Rocky are dating since 2020
Rihanna paid full attention to fashion even in her pregnancy phase and appeared in more than one look. Her pregnancy pictures dominated social media. Rihanna paid full attention to fashion even in her pregnancy phase and appeared in more than one look.
Her pregnancy pictures were doing the rounds on social media. Rihanna and Rocky have been dating since the beginning of 2020. They went public with their romance in November 2020. According to reports, in April 2022, there were rumours of the rapper cheating on her but were later found to be false.