Riteish Deshmukh after being called sasta DJ Snake gives a witty reply to troller. Check it out

Currently, Riteish Deshmukh is busy promoting his upcoming film Baaghi 3 and his recent hair transformation has made the netizens go awestruck. 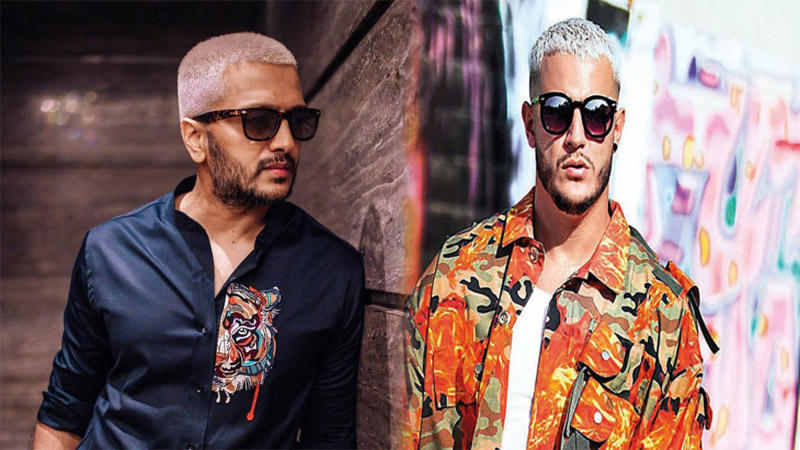 The Bollywood actor has recently chopped off his dark hair locks and got them coloured into a platinum blonde shade.
Riteish shared his new eccentric look on Instagram by posting a selfie.

However, Riteish Deshmukh's hair transformation has received mixed reactions. Many people admired it and others trolled him immensely. Several netizens compared Deshmukh's new look with DJ Snake, Zayn Malik and other international stars who have earlier rocked in platinum blonde hair.

A tweeple even called him 'Sasta DJ Snake (cheap version of DJ Snake)." And guess what? The tweet was notived by Deshmukh, after which he shut the troll with a witty and quirky reply. "Bhai main sasta nahi hu. Naga Panchami ke din book kar le- main free mein aaoongaa (Bro, I am not cheap. Book me on Naga Panchami, I will come for free)," Deshmukh wrote.

Moments after Riteish Deshmukh's savage reply, the Twitter user deleted his tweet. Netizens came in full support of the actor and praised him in the comments section. "Epic reply," a Twitter user commented. "You are so funny," wrote another user.