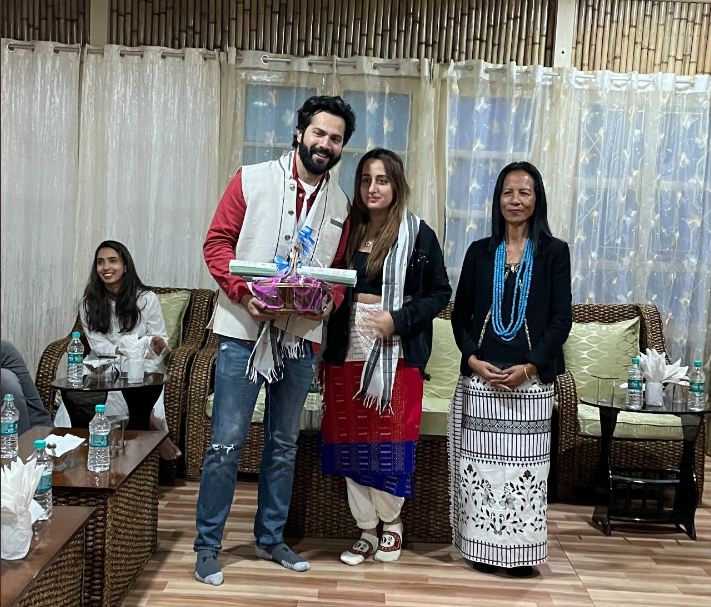 Varun Dhawan and Natasha Dalal, the newlywed couple of B-town was spotted recently in Arunachal Pradesh. But, they were not on a honeymoon. As it was told by the actor himself on his Instagram handle while sharing a picture with his wife. Both were seen sailing in a boat with their winter looks on point. Actor Varun Dhawan has been shooting for his upcoming movie ‘Bhedia’ in Arunachal Pradesh with his wife.

While the movie shoot was on, the couple went on to donate Rs 1 lakh relief fund to the fire victims of Tirap districts in AP recently. Varun and Natasha’s pictures were shared on social media where the duo was seen in traditional attire with some token of appreciation in their hands. 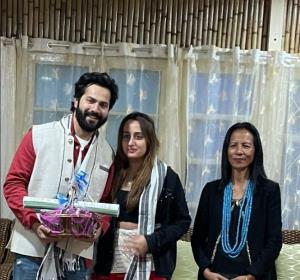 Images from the donation ceremony was seen on Twitter where Varun and Natasha were being felicitated for their support to the victims of the fire incident in Arunachal Pradesh. At Longliang village a tragedy that happened last month several lives were affected after a fire broke out. The incident took place at 12:45 in the village and no immediate response could reach there because it is a very remote area. Almost 80 houses were gutted in the fire and the land is now left lifeless.

Other than the new couple, pictures of Kriti Sanon, Abhishek Banerjee, Amar Kaushik and others from the cast of Bhediya were seen sitting together. With  Amar Kaushik's direction and Dinesh Vijan's production, Bhediya will be a horror film shot in the state of Arunachal Pradesh. 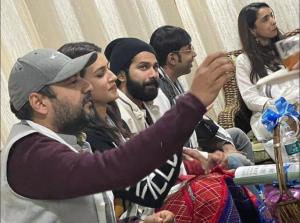