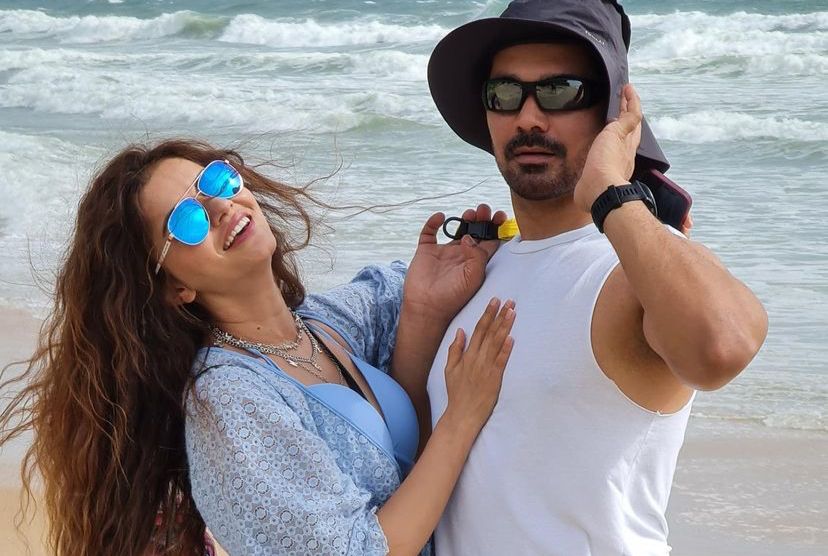 Rubina Dilaik admitted that she has felt insecure in her relationship with her husband Abhinav Shukla. She said that while he never made her feel that way, she tended to ‘beat (herself) down’.

On the show, they opened up about problems in their relationship and how they were contemplating divorce. But they gave each other a second chance, moved ahead in life, and came out stronger.

In an interview with RJ Siddharth Kannan, Rubina shared that she and Abhinav “mindfully decided that if we have to give this relationship a chance, we have to give it all.” She said, “We realised where we were going wrong, where we were focussing only on each other’s shortcomings instead of looking at each other’s beauties. We understood what the things that trigger us are and what are the things we do willfully for each other.”

On being asked if Abhinav ever made her insecure, Rubina denied it and said she had her own insecurities where she felt she is “not good enough” for a man like Abhinav.

Rubina shared, “You know you would just find reasons to beat yourself down. You think maybe there are far more beautiful, competent, deserving girls to have a man like him. These insecurities spill in and reflect on how you conduct, behave and react to situations. So, those insecurities… He has never made me feel insecure.”

On Monday, Rubina retrospectively expressed regret for not walking out of Bigg Boss 14 after Abhinav’s ‘unfair’ elimination by the contestants’ friends and family members. She wrote in an Instagram post that she did not have ‘clarity of thoughts’ then.