Fathima came into the limelight in October 2018 when she was forced to abandon her plan to pray at the Sabarimala temple, 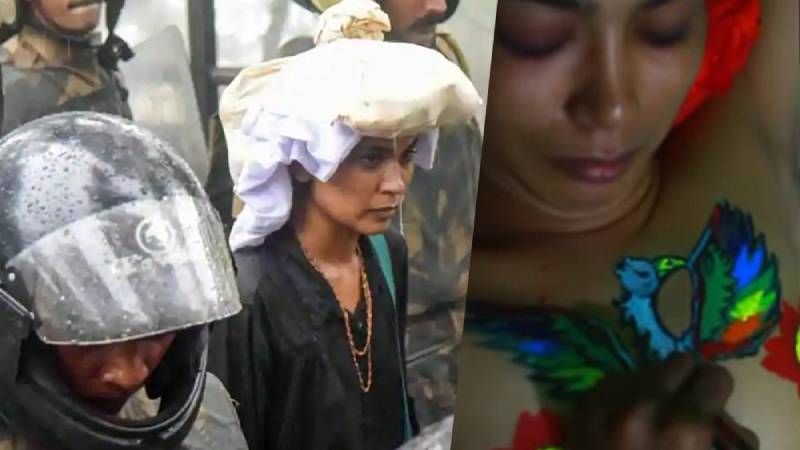 A day after the apex court rejected her plea against the Kerala High Court order denying her anticipatory bail in a case under the POCSO Act and IT Act over her controversial video, woman activist Rehana Fathima surrendered before the police on Saturday evening.

Fathima, who has a 14-year-old boy and an 8-year-old girl, had uploaded a video clip titled 'Body Art and Politics' on YouTube, showing her two children painting on her semi-naked body.

After a case was filed against her, she had moved the Kerala High Court but it, last month, turned down her anticipatory bail plea. Fathima also got no relief from the apex court, where a bench headed by Justice Arun Mishra noted that it was an act that spread obscenity. "What impression will growing-up children get?" the court asked.

Fathima came into the limelight in October 2018 when she was forced to abandon her plan to pray at the Sabarimala temple, following a huge backlash against her and the accompanying police, by Hindu right-wing activists who stayed put in the temple, determined to thwart any attempt for her to reach it.

After it was found that she was a BSNL employee hailing from Kochi, BJP and RSS activists staged a protest in front of her house.

For the past 18 months, she was under suspension. After a BSNL probe found that her Facebook messages had fanned communal tension and she had violated service rules, her services were terminated on disciplinary grounds.

The Sabarimala temple doesn't allow entry to girls and women, aged 10-50 years and the issue is pending before the apex court's Constitutional bench.