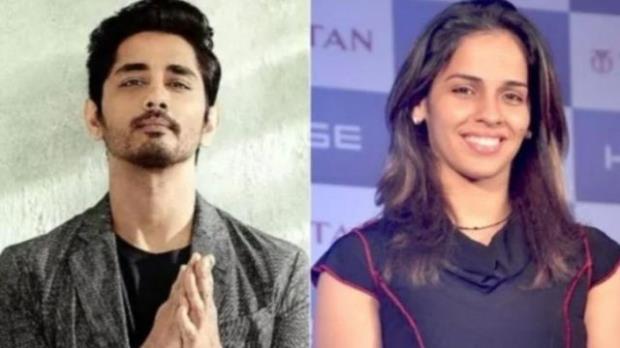 Actor Siddharth’s remark on Saina Nehwal has offended Netizens. Women’s panel asks Twitter to block the user. Sidharth’s sexist comment did not go well with the people.
Paparazzi’s have announced to boycott actor Siddharth, who made sexist comments on badminton player Saina Nehwal. Paparazzi Manav Mangalani said, now I will not cover Siddharth in any of my platforms.
Sania Nehwal has also responded to his comment. Sania said that she used to like him as an actor before the incident.
Saina Nehwal’s husband, Parupalli Kashyap wrote on Twitter, "This is upsetting for us … express ur opinion but choose better words man. I guess u thought it was cool to say it this way. #notcool #disgraceful."

Let us tell you that Saina expressed her opinion on Twitter over Prime Minister’s security breach on January 6. She wrote, “No nation can claim itself to be safe if the security of its own PM gets compromised. I condemn, in the strongest words possible, the cowardly attack on PM Modi by anarchists."
Retweeting her tweet, Siddharth wrote, “Subtle cock champion of the world... Thank God we have protectors of India. Folded hands. Shame on you Rihanna." 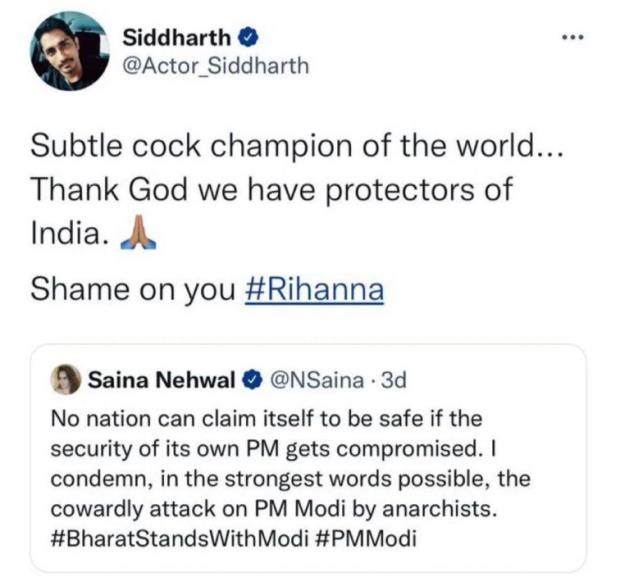 His alleged lewd comment on Saina Nehwal did not go well. National Commission of Women (NCW) has urged DGP Maharashtra to block Siddharth’s account on Twitter.