in wake of the horrendous Sakinaka rape-cum-murder incident of Friday, a team of the National Commission for Women (NCW) rushed here to meet officials and the victim's family members. 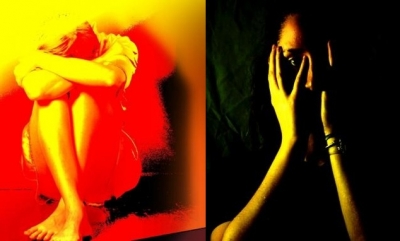 n wake of the horrendous Sakinaka rape-cum-murder incident of Friday, a team of the National Commission for Women (NCW) rushed here to meet officials and the victim's family members.

The apex women's rights panel has also frowned at a statement of Mumbai Police Commissioner Hemant Nagrale who told the media how the local police team reached the site of the incident within 10 minutes.

"It (police) can't be present at every crime location. They would reach only after getting information. Police worked to the best of their capability," he had said on Saturday.

NCW nember Chandramukhi Devi termed the statement as "extremely unfortunate" and said police cannot run away from their responsibility.

The NCW members visited the family members of the 33-year old victim, who is survived by two minor daughters.

They also went to the crime scene and the BMC-run Rajawadi Hospital where the victim was rushed, underwent surgery, but succumbed to her grievous injuries after battling for nearly 33 hours.

Hours after the numbing incident, the Sakinaka Police had used tech-intel and caught the accused, Mohan Chauhan, 45, a jobless driver hailing from Uttar Pradesh's Jaunpur, as the incident sparked a massive political uproar.

He is currently in police custody till September 21 and being interrogated for the motives leading to the barbaric crime that occurred in the desolate Khairani Road locality of Sakinaka on the eve of the state's biggest public festival Ganeshotsav.

Chief Minister Uddhav Thackeray has ordered the case to be transferred to fast-track special court, and a Mumbai Police Special Investigation Team headed by Assistant Commissioner of Police Jyotsna Rasam has been formed to probe the matter within 30 days.

Women leaders from the Shiv Sena, the Nationalist Congress Party, the Congress, the Bharatiya Janata Party, the Aam Aadmi Party and activists from across the state have expressed outrage over the incident and demanded implementation of the proposed 'Shakti Law' at the earliest.