Salman Khan Has This Reason To Skip Katrina Kaif & Vicky Kaushal’s Wedding, But Is It A Legit One?

Speculation started going viral about superstar missing VicKat’s wedding, as many claimed due to their past, the Tiger Zinda Hai actor might give it a miss. 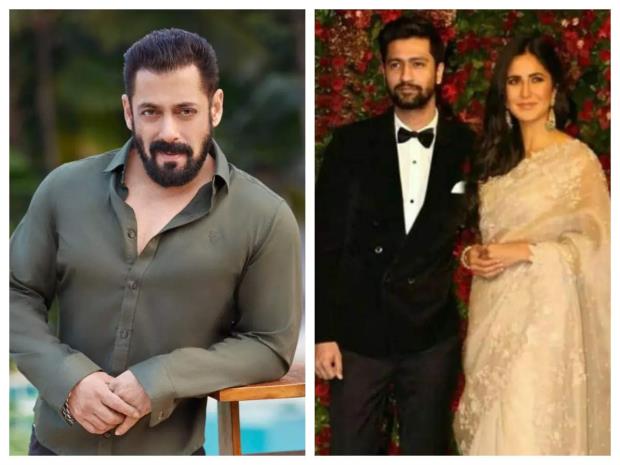 The wedding of Vicky Kaushal and Katrina Kaif is currently the hottest topic in tinsel town. The couple who never confirmed their relationship is getting married in December. For the past few weeks, the details about their wedding have been shared by their close friends and family. Recently, a list of attendees started making rounds, and fans were shocked to know that Salman Khan’s name wasn’t included.

Speculation started going viral about superstar missing VicKat’s wedding, as many claimed due to their past, the Tiger Zinda Hai actor might give it a miss.
However, post their alleged break-up, Salman Khan and Katrina Kaif remained cordial with each other and has worked in several films, they’ll also be seen in Tiger 3 next year. Talking about the superstar giving a miss to his best friend’s wedding, a source told Bollywood Life, “Salman was to shoot for an important portion of Tiger 3-Pathan but had to pause the shoot due to Shah Rukh Khan’s personal turmoil. Now, they are touted to begin this shoot in December, before SRK heads out of the country for the next schedule of his film with Atlee. Therefore, the dates may clash with Katrina’s wedding and Salman may be unable to grace it.”

However, Salman Khan’s family will surely attend Katrina Kaif and Vicky Kaushal’s wedding as they share a special bond with the Sooryavanshi star, the insider added, “Arpita Khan and Katrina are BFFs. She will definitely be there. So will Alvira Agnihotri and mother Salma Khan, who is extremely fond of Katrina.”

Also Read: In red veil and with dogs in her arms, Partralekhaa looks ravishing at wedding with Rajkummar, See Pics

The wedding is likely to be attended by Karan Johar, Ali Abbas Zafar, Kabir Khan, Mini Mathur, Rohit Shetty, Sidharth Malhotra, Kiara Advani, Varun Dhawan, Natasha Dalal and some other celebs.
Reportedly, the ‘roka’ ceremony of Katrina Kaif and Vicky Kaushal was held in director Kabir Khan’s house on Diwali day and only close family and friends were invited. The wedding will take place at a fort resort in Jaipur, Rajasthan. The wedding festivities to take place from December 7-12.