BJP spokesperson Sambit Patra has slammed Congress MP Rahul Gandhi for tweeting questions and demaning the Narendra Modi government over the pulwama terror attack of 14 February, 2019 in which 40 security personnel lost their lives. 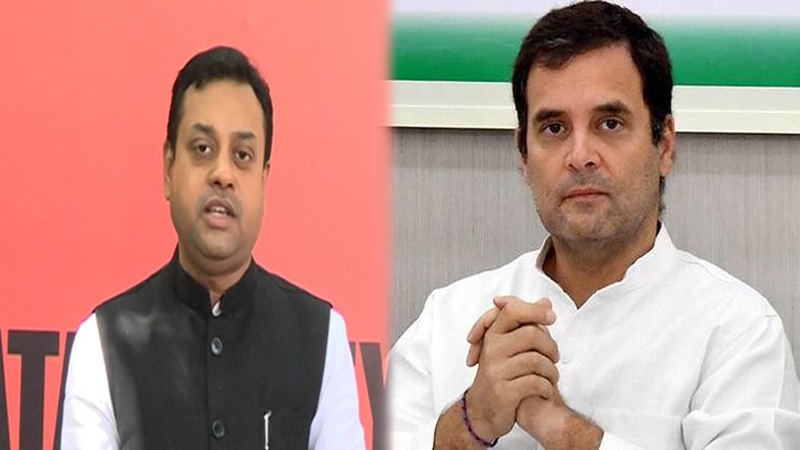 Rahul Gandhi, taking it to twitter allegedely asked few questions to Modi government. He wrote: "Today as we remember our 40 CRPF martyrs in the Pulwama attack, let us ask:
1) Who benefitted the most from the attack?
2) What is the outcome of the inquiry into the attack?
3) Who in the BJP government has yet been held accountable for the security lapses that allowed the attack?" 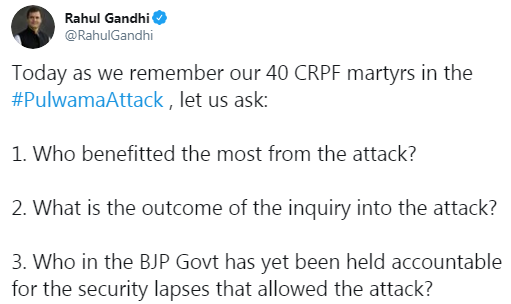 In a revert, Sambit Patra termed the attack as "dastardly attack," and said Rahul Gandhi on the first anniversary of the terror attack has made a "dastardly comment."