Last year, when PM Modi repealed the farm laws, he said that a committee will be formed on the MSP issue, but, till now the government has not formed any committee yet. 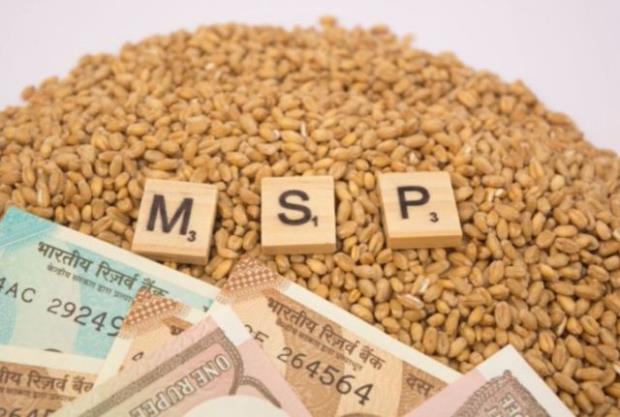 The Samyukt Kisan Morcha has announced to observe 'MSP (Minimum Support Price) guarantee week' from April 11 to April 17. During this week, farmer unions will hold dharnas, demonstrations and organise seminars, and public awareness campaigns across the country.
The statement issued by SKM stated, “Under this programme, public awareness campaigns will be held through dharnas, demonstrations and seminars at different places for the demand to make Minimum Support Price (MSP) a legal right of farmers.”
Last year, when PM Modi repealed the farm laws, he said that a committee will be formed on the MSP issue, but, till now the government has not formed any committee yet.
On March 22, a verbal message was sent to Samyukt Kisan Morcha asking for some names for committee members. But, after the farm union demanded a written explanation, the government maintained silence on it.
"After the UK-Russia dispute, the demand for food grains across the world and India's record exports are a better opportunity for the country's farmers. Farmers will get the benefit only when the Center buys the crops of the farmers by fixing a higher price than the MSP," stated farmer leader Rakesh Tikait.
Also read: Who ousted Imran Khan? The cast of top political players
It may be recalled that Samyukt Kisan Morcha had demanded a legal guarantee of MSP before launching the Morcha in Delhi in November 2020, not only for 23 crops but for all agricultural crops including fruits, wild produce, milk and eggs and vegetables. Minimum support prices should be set for products. The Samyukt Kisan Morcha had earlier announced the program at a meeting of all SKM-affiliated organizations on March 14 at the Gandhi Peace Foundation in Delhi.