Kabaddi player Sandeep was shot dead during a match in Jalandhar, the special cell team started the interrogation with some gangsters in Tihar Jail Author : Samriti Bharadwaj 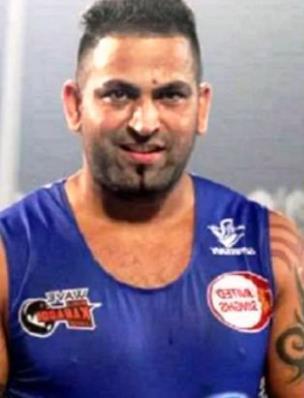 Kabaddi player Sandeep Nangal was killed during a match in Jalandhar. The initial suspects for the murder, former kabaddi player and gangster Jaggu Bhagwanpuria and Ganglarence Vishnoi have denied taking the responsibility for the murder. The investigation is now handed over to the special team from Delhi. The team has started its investigation.
The special cell has reached the Tihar jail to probe the matter. The special team is interrogating some gangsters in Tihar Jail.
All this happened during a kabaddi match. Sandeep was shot dead during the match. He was a citizen of England, though originally from Punjab. Gangster Jaggu Bhagwanpuria and Ganglarence Vishnoi both lodged in Tihar Jail are suspected of murder.
Also read: Kabaddi Player Sandeep Nangal Murder Case: Gangster Lawrence Bishnoi takes responsibility
Yesterday During the event, 5 to 6 attackers fired on Sandeep Nangal. He was severely injured. The attackers ran away from the scene. Seriously injured Sandeep was rushed to the nearest hospital in Naakodar where he was declared dead. Meanwhile, Jatin, a resident of Malhian Khurd was also shot in the back. Another person named Partap Singh from Hundal Dhada village was shot in the chest. Both of them were admitted to the hospital for further treatment. SHO Parminder Singh said that 8 to 10 bullet casings were found at the scene. He said that a case has been registered against the unidentified attackers at Sadar Police Station.