Sara Ali Khan Shubman Gill Dating? Both spotted together in a restaurant, details inside

The dating rumor sparked after a video was shared by Tik Toker, which shows Sara and Shubman at Bastian. 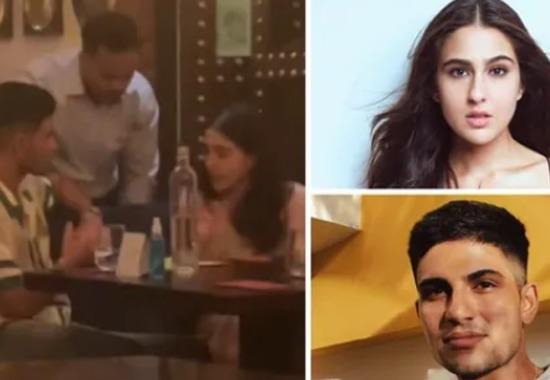 Something is cooking between Bollywood actress Sara Ali Khan and cricketer Shubman Gill as both of them were pictured together post dinner in Mumbai.

Even though the woman who spotted Sara Ali Khan with Shubman Gill shared the location of Bastian, some of the reports suggest that both of them were seen chilling in Dubai.

Shubman Gill dating Sara Ali Khan rumor sparked after a video was shared by Tik Toker, which shows Sara and Shubman enjoying a meal together at Bastian.

Shubman Gill earlier parted his ways with Sara Tendulkar in an unofficial relationship. Sara Ali Khan was rumouredly dating Sushant Singh Rajput and later on Kartik Aryan. In a recent episode of Koffee With Karan, Sara revealed that she has a crush on Vijay Devrakonda as well.

Sara Ali Khan has always been vocal about whom she likes and her relationship, let’s see whether this time she will make her relationship with Shubman Gill official or not.

Although there is no official confirmation of the Shubman Gill relationship with Sara Ali Khan, both enjoying themselves at a restaurant adds fuel to Shubman’s new relationship.

Since the time this news has come forward, the fans can’t keep calm and have flooded the social media handles with memes related to the both of them dating.