On Tuesday, Supreme Court set 17 convicts free in the 2002 Sardarpura post-Godhra riots case in which 33 Muslims were burnt alive. 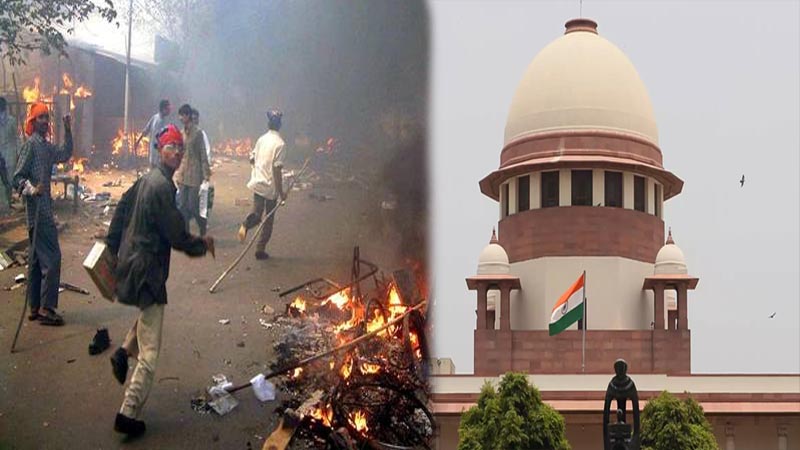 SC has asked convicts to move to Madhya Pradesh and indulge themselves in community service.

Convicts were divided into the two groups by the bench comprising Chief Justice SA Bobde abd justices BR Gavai and Surrya Kant. The two formed groups of the convicts will not move to same place, one will move out of Gujarat and would stay at Indore, Madhya Pradesh, and the other will have to relocate themselves to Jabalpur, Madhya Pradesh, affirmed bench.

The convicts, who were handed down life sentence in the Sardarpura riots case have appealed against the Gujarat High Court order convicting them. The court said that all the convicts will have to involve in community services for six hours a week besides reporting to the local police station on a weekly basis as bail conditions.

Also Read: BJP MP Parvesh Verma: If party comes in power, Shaheen Bagh protest will be cleared in an hour

The Supreme Court has directed the District Legal Services Authorities at Indore and Jabalpur to ensure that the convicts observe bail conditions diligently. It has also directed DLSA to help the convicts in finding suitable employment for earning their livelihood.

The Madhya Pradesh State Legal Service Authority has been directed to file a report after three months stating as to whether the convicts have abided with the conditions or not.

Earlier the Gujarat High Court had acquitted 14 and convicted 17 in the Sardarpura post-Godhra riots case.