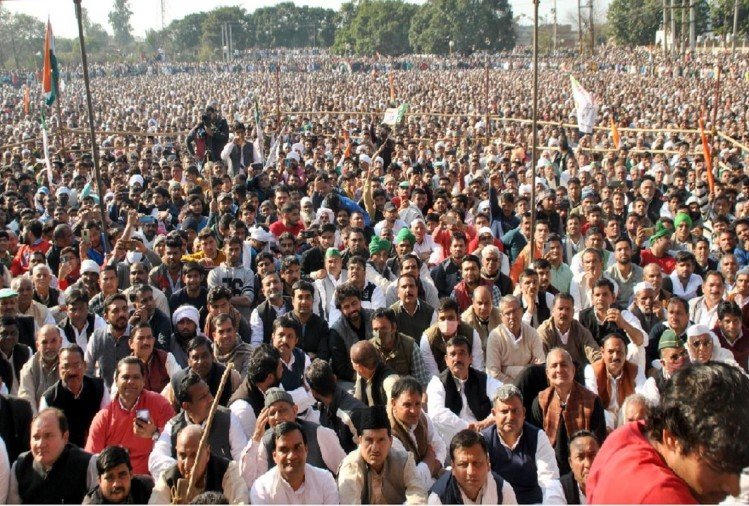 Samayukt Kisan Morcha, the umbrella organisation of farmers unions agitating against the three farm laws will be meeting today to decide the course of action of the framers’ protest. Farmers unions have rejected Centre’s proposal of putting a stay on the laws for 12 to 18 months, while no fresh date for further talks has been decided after the 11th round meeting. Although, the Prime Minister from the Rajya Sabha has appealed to the farmers to end their agitation and said that the agriculture minister Narendra Singh Tomar is constantly holding discussions with the farmers.

The farmers’ movement became strained, even the farmer leaders came under scanner after the tractor rally violence during the Republic Day.

Samyukt Kisan Morcha’s executive committee meeting comes at a time when a need to reset the direction of the protest is being felt.

All the Kisan Mahapanchayats organised so far has received massive support from villages, in fact, farmers issues have been held important. Now the focus of the farmers’ unions is to organise more such Mahapanchayats.

Re-energising the farmers’ protest after it got setback over the republic Day incident, Bharatiya Kisan Union spokesperson Rakesh Tikait has become the new hero of the farmers and he has been attending these panchayats attracting a large crowd and gaining support as well. So far, Tikait has attended three Mahapanchayats — Jind, Dadri, Kurukshetra. Congress leader Sachin Pilot has addressed a Mahapanchayat in Rajasthan; Priyanka Gandhi will address one in Saharanpur.

Chakka Jam - the last programme organised by the farmers passed peacefully and also garnered backing from across the country. The Centre has time till October 2 to repeal the laws, Tikait declared dropping hints that the protest will go on till October, adding that this protest will not end until it is met. He also said what they want is only a law on MSP as the farmers are tooted by the traders and this will also benefit the farmers.

Also Read: ‘Punjab will be your nemesis, farm laws your death-knell’, Capt Amarinder to BJP

Tikait addressing a large gathering said that the year 2021 is a year of protest and we will revolutionise farming. The future plan includes holding more mahapanchayats were prominent farmer leaders will be present; sending out the message that farmers are open to discussion; not compromise on their demand of a complete withdrawal of the farm laws.