SC: Future rise in income applicable even if deceased wasn't earning at time of accident

The Supreme Court has held that future increase in income of an accident victim should be considered while determining compensation in motor accident claims. 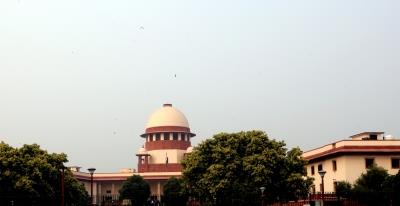 The Supreme Court has held that future increase in income of an accident victim should be considered while determining compensation in motor accident claims.

A bench comprising justices M.R. Shah and Sanjiv Khanna said: "We are of the opinion that even in case of a deceased who was not serving at the time of death and had no income at the time of death, his legal heirs shall also be entitled to future prospects by adding future rise in income as held by this court."

The bench cited an earlier judgment where addition of 40 per cent of the income determined on guesswork considering the educational qualification, family background etc. was taken into account, when the deceased was below the age of 40 years.

The deceased's family counsel cited the victim's educational qualifications and his bright future, and contended that the high court committed an error in fixing the future income at Rs 5,000 per month and did not consider the future rise in income. Prashant (21), at the time of the accident, was in third year of engineering.

The Centre's counsel argued that since the deceased was not earning anything at the time of the accident, there would not be any future rise in income. The bench noted that in case of a deceased, who was not earning or not doing any job or was self-employed at the time of death, his income has to be determined on the guesswork looking into the circumstances.

"The perception that he is likely to remain static and his income would remain stagnant is contrary to the fundamental concept of human attitude, which always intends to live with dynamism and move and change with the time," said the bench.

The top court was hearing an appeal by Prashant's family members against the Madhya Pradesh High Court order, which partly allowed the appeal by the Railways and reduced the amount of compensation from Rs 12,85,000 to Rs 6,10,000.

Prashant's family had filed a claim petition before the Motor Accidents Claims Tribunal (MACT) for Rs 25 lakh compensation. However, the MACT in toto awarded Rs 12,85,000 with 7.5 per cent interest per annum. The family then moved the high court, which reduced the amount to Rs 6,10,000 after assessing the income of the deceased at Rs 5,000 per month.

The top court said the income of the deceased at least ought to have been considered at Rs 10,000/per month, more particularly considering the fact that the labourers/skilled labourers were getting Rs 5,000/per month even under the Minimum Wages Act in the year 2012.

The top court directed that Prashant's family members are entitled to a sum of Rs 15,82,000 with interest at the rate of 7 per cent per annum.