The Supreme Court has issued a notice to Centre, Delhi government and police on pleas seeking the removal of protesters from Shaheen Bagh as it refused to pass orders on Monday. 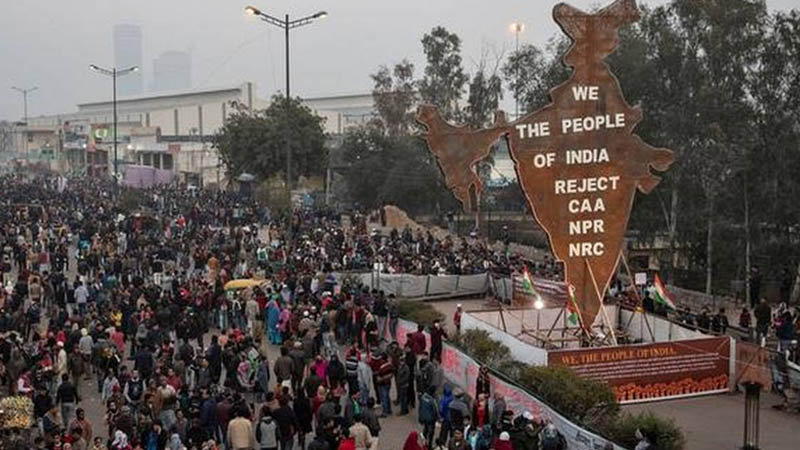 After hearing the pleas seeking removal of anti-CAA protesters from Shaheen Bagh, the apex court said protesters are not allowed to block public roads and create inconvenience for others.

However, the Supreme Court noted, "If you want to protest, there can be some area where you protest. You cannot block a public road. Can you block a public area? There must be defined areas of protest."

No further direction will be passed without hearing the other side on Shaheen Bagh protest, hence, the matter has been listed for hearing on February 17, said Supreme Court. "If it's lasted for 58 days, you can wait one more week," claimed SC.

Earlier, the apex court, had said pleas seeking removal of anti-CAA protests will be heard after the Delhi Assembly Elections to avoid intervening in the polls.

Advocate Amit Sahni, had moved SC and lodged an appeal against the January 14 order of the high court instructing the police to deal with the situation keeping in mind law and order, had said due to the protests since December 15 last year traffic flow on Kalindi Kunj- Shaheen Bagh stretch has been badly affected.

However, Sahni, earlier had already moved high court seeking directions to the Delhi cops to ensure smooth flow of traffic on the Kalindi Kunj-Shaheen Bagh stretch which has been blocked since last year December 15 due to the agitated protests at Shaheen Bagh.

Although, restrictions have been imposed on the stretch likewise Okhla underpass amid protests against the Citizenship (Amendment) Act (CAA) and National Register of Citizens (NRC). However, the plea seeks building of comprehensive and stringent guidelines for holding protests or agitations on public place leading to blockage of roads.

It said the law enforcement machinery was being "held hostage to the whims and fancies of the protesters" who have blocked vehicular and pedestrian movement from the road connecting Delhi to Noida. The plea also said, state has the duty to protect fundamental rights of citizen who were continuously being harassed by the blockage of arterial road.