The Supreme Court has directed the Economic Offences Wing (EoW) of the Mumbai Police and market regulator SEBI to file status reports in the alleged Rs 7,500 crore ponzi scheme, which defrauded 18-20 lakh investors. 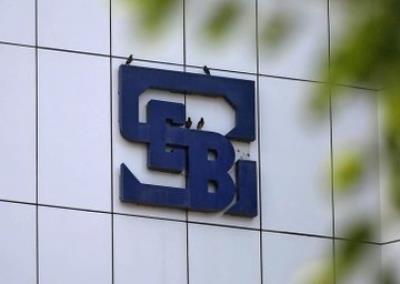 The Supreme Court has directed the Economic Offences Wing (EoW) of the Mumbai Police and market regulator SEBI to file status reports in the alleged Rs 7,500 crore ponzi scheme, which defrauded 18-20 lakh investors.

A bench headed by Justice L. Nageswara Rao and comprising Justices B.R. Gavai and B.V. Nagarathna, in an order, said: "The EOW is directed to file a status report within a period of four weeks from today. Further, SEBI is directed to respond to the suggestions made by the learned amicus curiae as to the course of action which it proposes to take, in case, SEBI (CIS) Regulations, 1999 are applicable, including the manner of distribution of money that is secured by the sale of properties belonging to the companies."

According to a note - circulated by amicus curiae and senior advocate Shyam Divan and advocate Vipin Nair -- Royal Twinkle Star Club Ltd (RTSCL) and Citrus Check Inn Ltd (CCIL) were part of the Mirah Group of Companies, of which Om Prakash Goenka was the Chairman.

The RTSCL and the CCIL came under the scanner for operating a ponzi scheme by which they lured innocent investors into investment schemes by promising very high returns.

"Between 18-20 lakh investors invested their money in the Corporate Debtors' investment schemes. An amount of approximately Rs 7,500 crore was collected. However, most of the investors never received the returns promised to them. The money invested was siphoned off or diverted to associate concerns of RTSCL and CCIL," said the note. In 2012, the SEBI began investigating the ponzi scheme.

In 2016, the top court directed the SEBI to complete the investigation within 6 months and conclusively decide whether the scheme floated by the CCIL amounted to a collective investment scheme. Insolvency proceedings were initiated against the RTSCL and the CCIL -- just before the expiry of the 6 months granted to the SEBI to complete investigation -- under section 9 of the Insolvency and Bankruptcy Code, 2016 before the NCLT, Mumbai.

On December 13, 2019, the top court directed the commission agents to appear before the officer deputed by the SEBI, and the SEBI was directed to determine whether the concerned schemes are collective investment schemes, within a period of eight weeks.

The top court also directed the Mumbai EOW and the Serious Fraud Investigating Office to submit a status report. Over the past four years, a number of properties of companies have been sold in auction, and some more properties are scheduled to be auctioned soon.

Earlier this week, during the hearing in the matter, Divan suggested that SEBI should come forward with a road map as to how it proposes to proceed with the matter, assuming that the SEBI (Collective Investment Scheme) Regulations, 1999 would apply. The Resolution Professional submitted a proposal for distribution of the money secured from the sale of properties to those investors who have invested less than Rs 2,500.

The top court asked the SEBI to submit a status report within four weeks too and listed the matter for further hearing on January 11.