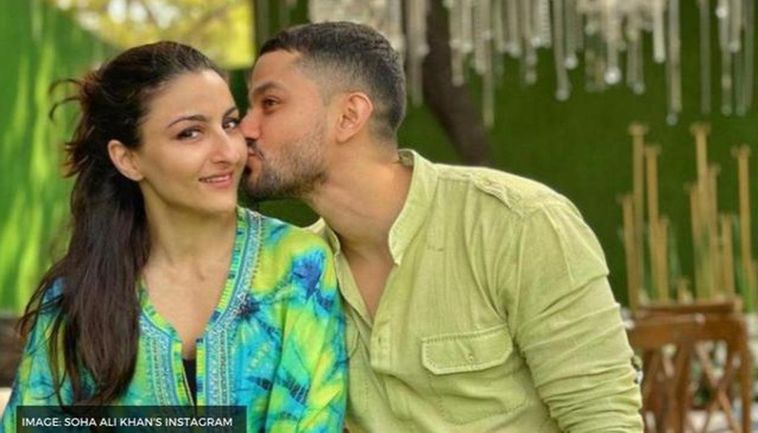 
Kunal Kemmu's birthday photos
Soha Ali Khan shared a few photos of her family celebrating her husband's birthday on her Instagram account. She posed with Kunal's sister Karishma, their friends, and their daughter Inaaya. She painted the house and even purchased a balloon with the number 38 on it. Inaaya was dressed in a green Indian outfit, while Soha wore a bright pink sharara. Kunal was dressed casually in a blue t-shirt for the occasion.She wrote, "Posed, unposed, reposed and exposed!" 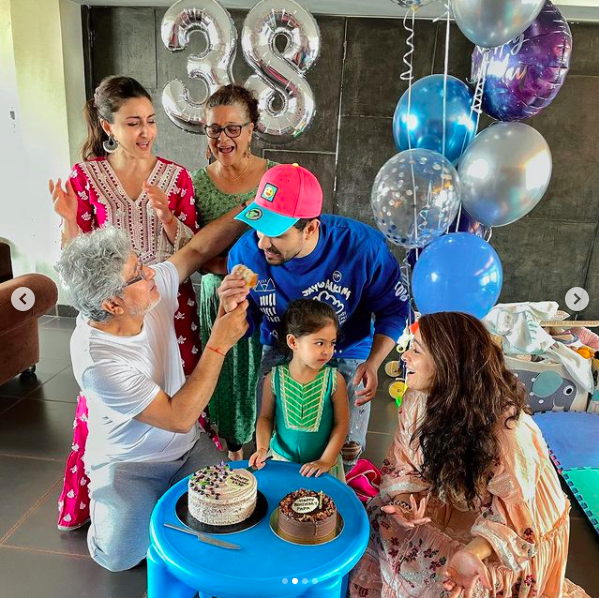 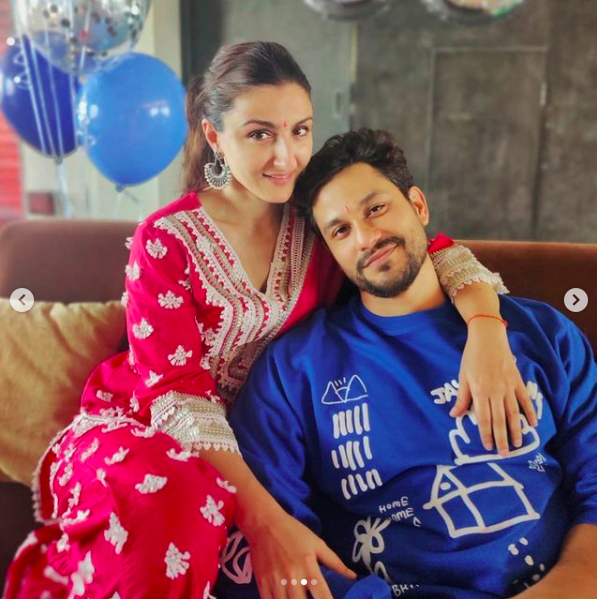 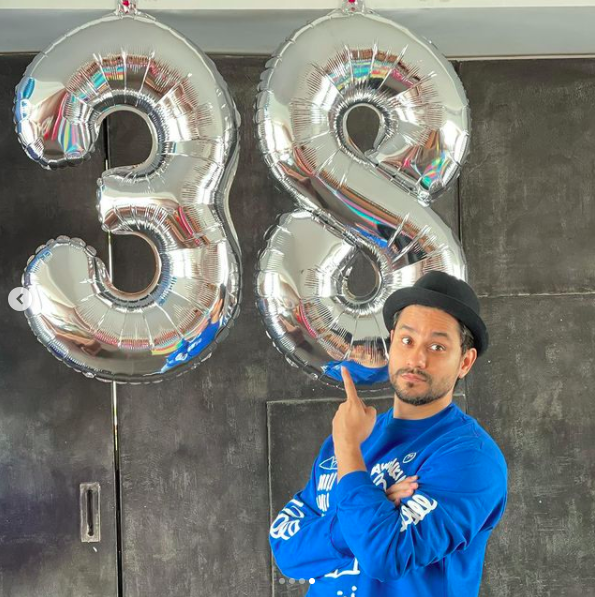 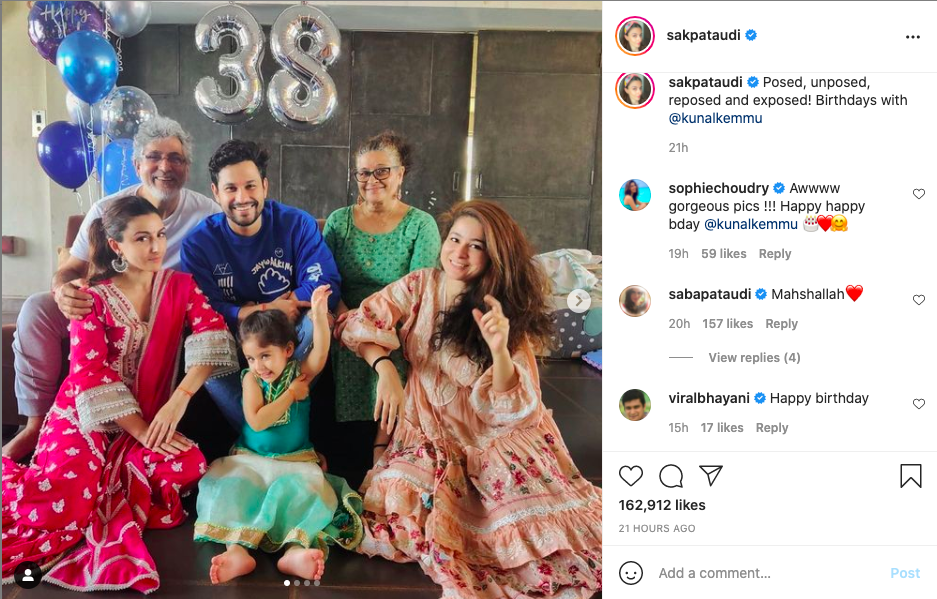 Netizens reactions
As soon as Soha posted photos from Kunal's birthday, fans flooded the comment section for kind words. "Mashallah," her sister Saba wrote with a heart.  Kunal seems to be 28 years old, according to a fan. Heart and fire emojis filled the comments section as well. Take a look at some of the responses to the picture of Soha and Kunal Kemmu. 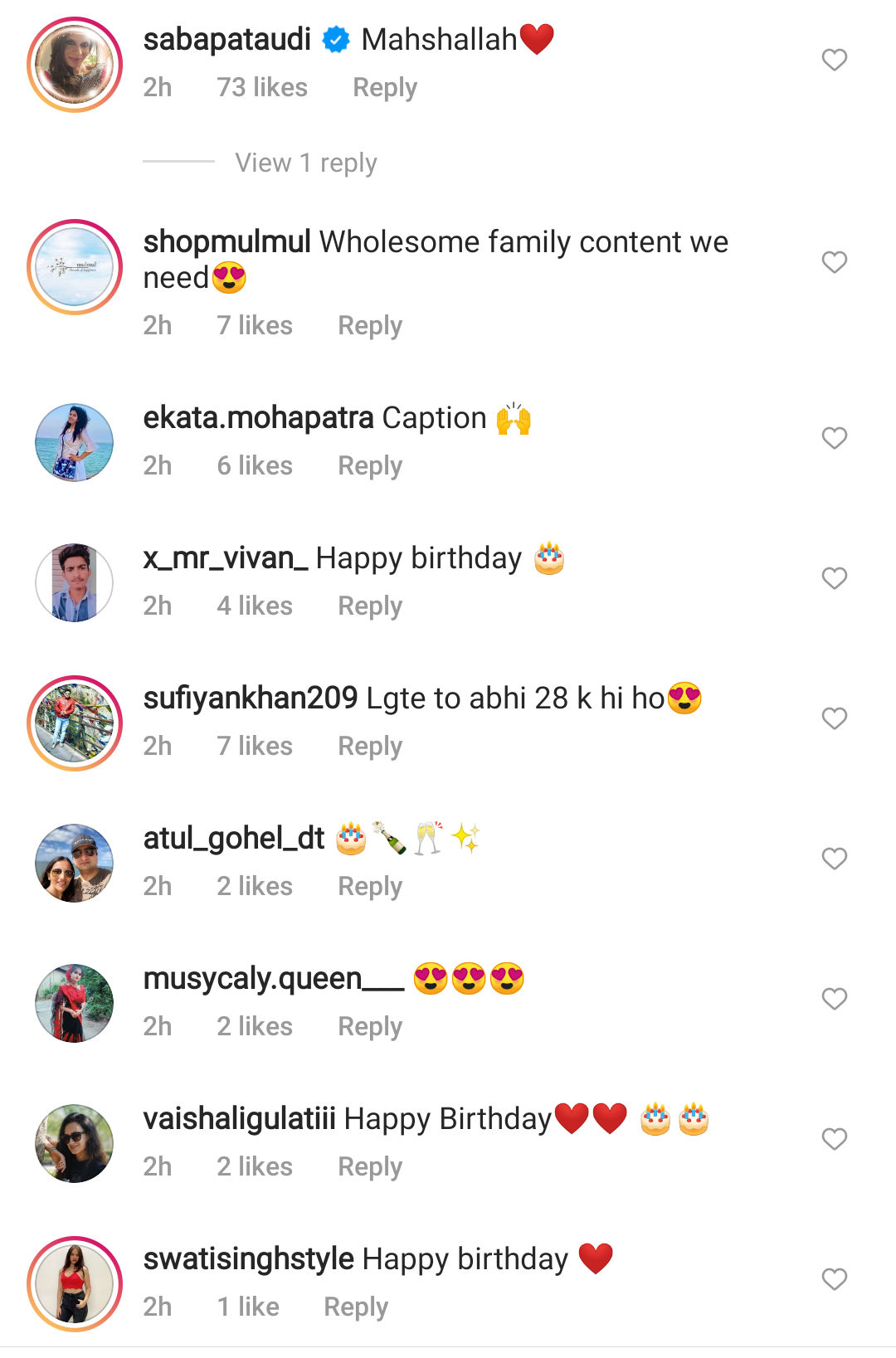 Video posted by Soha
On Kunal's birthday, the actress also posted a sweet video of her husband with childhood photos. She even showed him some fan art and photos. Soha described himself as a loving father. See video here. 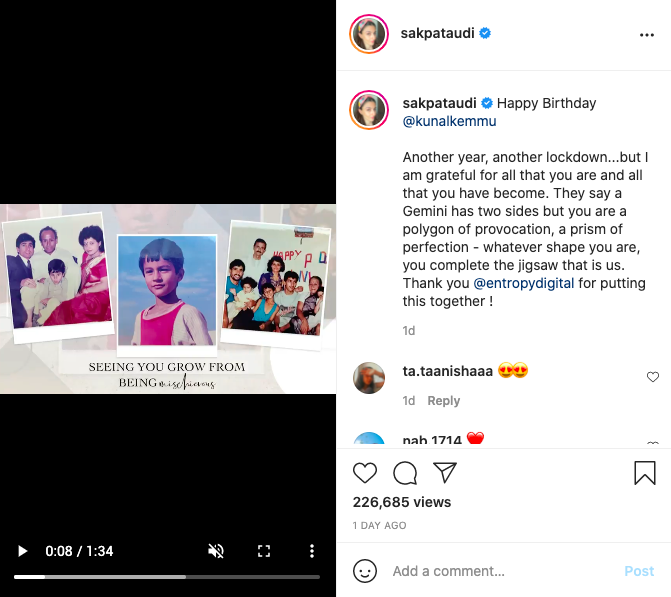