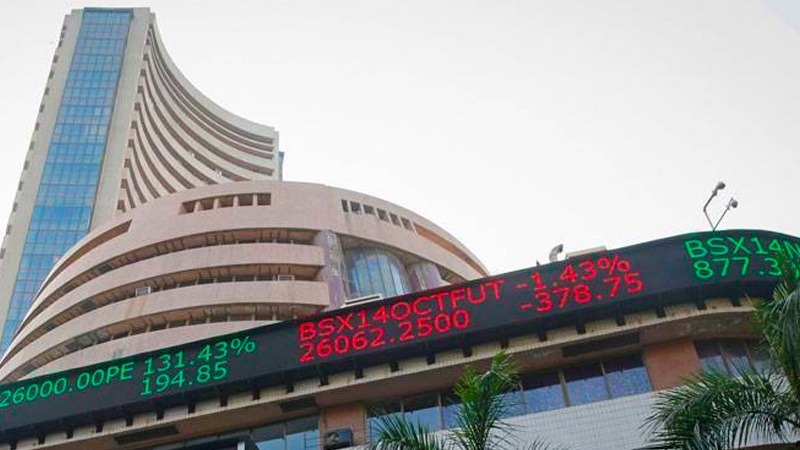 Sensex is in green having shown a healthy rally of about 11% in the last few weeks. The nation’s index had found a strong support at its 200 days Simple Moving Average (SMA).

Yesterday’s daily candle at a short-term high indicates indecision. At the time of writing, the index has not been able to break yesterday’s high, even though the market is higher than the price at which it opened.

According to an interpretation of Mean Reversion Theory of Stock Market, the index may be overbought (i.e. the probability of prices falling down is higher than the probability of the prices going up), and fresh buying may be not be advisable.

Cement stocks seem to be the darlings of the market today with a few of them, namely, Ambuja Cements (AMBUJACEM), J K Cement (JKCEMENT) near their 52-week high. A similar trend is noticed in the Futures segment with cement stocks being four out of the top five % price gainers.

Smallcap stocks not participating in the rally

Thus, the smallcap stocks do not seem to be participating in the upmove.

Mid- and small-cap stocks may be forming a top

On a daily chart, the mid- and small-cap stock indices have formed something like a triple top. A triple top is one of the most powerful topping formations. In addition a lower high has been formed. However, the 20 and 50 periods SMA may provide support. Closing below them will give weightage to a top being formed.

The large-, mid- and small-cap stocks lag each other, so if the latter two begin to fall, then the large-cap will also have to follow suit sooner or later, and that means SENSEX and NIFTY 50 may be adversely affected.