The devil, who had come with nefarious intentions, stripped two girls of their clothes one by one and began talking obscenely 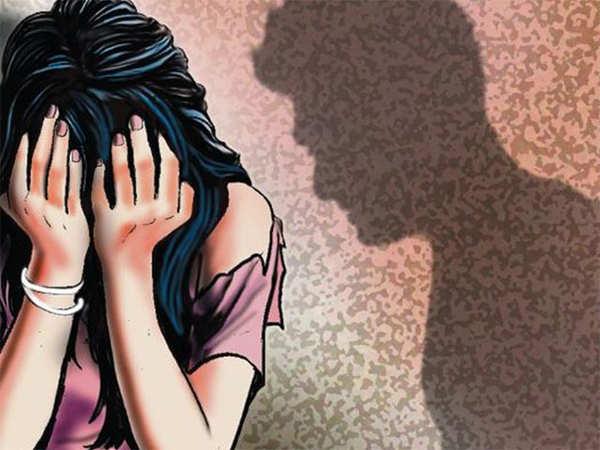 The students in class IV were waiting for the professor to arrive after the school meeting. Then an unknown person walks into the classroom. The devil, who had come with nefarious intentions, stripped two girls of their clothes one by one and began talking obscenely. The girls in the class were terrified. However, the man's insanity continued. He stripped off his clothes and began urinating in class. After a while, he bolted. An incident like this occurred in the temple of education, but there are claims that the school administration sought to cover it up. This incident occurred on April 30 at an MCD school in Delhi's Bhajanpura neighborhood.
When the incident was brought to the attention of Delhi Commission for Women chairwoman Swati Maliwal, the school management became concerned. The Delhi Commission for Women (DCW) has issued a summons to the corporation's commissioner, saying that two East Delhi Municipal Corporation schoolgirls were sexually harassed. The commission has also sent a notice to the Delhi Police, requesting quick action.
Swati Maliwal, chairwoman of the Delhi Commission in her statement said “The incident of sexual harassment inside the school premises is shocking. The heinous crime took place in broad daylight in the East Municipal Corporation school and instead of reporting it, the principal and teachers of the school tried to suppress the matter”.
The terrifying incident involves an 8-year-old girl:
The girls' age is estimated to be between 8 and 9 years old. The incident has been described in full by the Delhi Commission for Women. It was said that on that day, all of the pupils at the MCD school in the Bhajanpura neighborhood were waiting for their teachers inside the classroom following the school meeting. Then an unknown individual entered the classroom, stripped off a girl's clothes, and began talking obscenely. After that, he proceeded to another girl and stripped her of her clothing as well. Following that, he began urinating in class. According to the commission, when the girls alerted their class instructor and administrator about the occurrence, they were told to remain quiet and forget about it.
A sketch was made, two suspects identified, and the complaint was filed with the POCSO:
According to Sanjay Sain, Northeast DCP, a special committee has been created to look into the problem. On the basis of the schoolgirls' statements, a sketch of the suspect was created. Two suspects have also been identified based on this information. The police have filed a charge under the POCSO Act following a preliminary inquiry into the occurrence of the girls being stripped and naked. According to the DCP, it is a municipal school with no CCTV installed. However, CCTV footage from a nearby location is being examined in order to identify the suspect. Technical teams have been dispatched to help the police station's officers.
Also Read: Two groups clash in Delhi, 20 detained
Until yesterday, the Commission had requested a detailed report:
The commission has sent a notice to the Delhi Police, demanding that the accused be arrested immediately, and has also summoned the commissioner of the East Delhi Municipal Corporation for a full report on 6th May at 2 p.m. He also sought an explanation for the reasons for the breach in the school's security and that those guilty be held accountable. The commission has also requested information from the Delhi Police and the MCD regarding the action taken against the school's principal and class teacher for failing to report the crime to the police and seeking to conceal it under the POCSO Act.
The commission also requested that the Municipal Corporation provide details on the school's CCTV footage as well as the procedures in place to keep an eye on visitors. In addition, because there are no CCTV cameras in the school, the Corporation Commissioner has been asked to explain why. It has also been required to report on any pending CCTV camera installation bids sent to Eastern Corporation.