Ranbir Kapoor Shamshera Trailer Out: The wait for the 'Shamshera trailer is over. The trailer of the much-talked-about film of Ranbir Kapoor, Vaani Kapoor and Sanjay Dutt has been released. 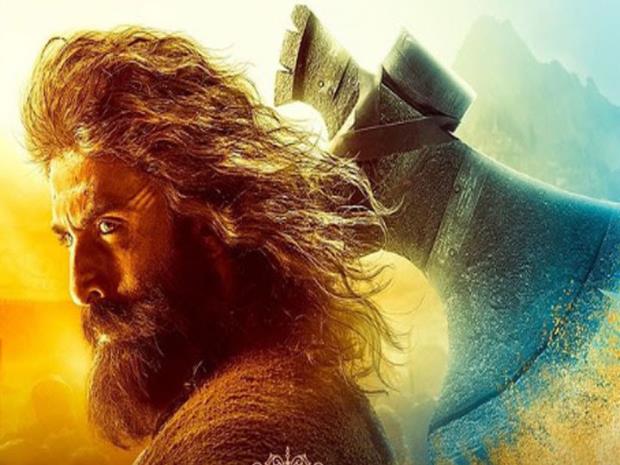 Ranbir Kapoor Shamshera Trailer Out: The wait for the 'Shamshera trailer is over. The trailer of the much-talked-about film of Ranbir Kapoor, Vaani Kapoor and Sanjay Dutt has been released. Looking at this explosive trailer, it seems that when the film knocks in the cinema halls, then the kingship of films like 'KGF' and 'RRR' will be shaken.
Ranbir Kapoor is once again ready to make fans crazy with his acting, while Sanju Baba is also in a negative role. Ranbir Kapoor's banging look and style in the trailer of the film have shaken everyone. After 4 years of 'Sanju', Ranbir Kapoor has made a comeback with a bang. 100 out of 100 can be given to his look in the role of a dacoit, as well as his acting has also raised eyebrows.
The way he has entered the trailer is commendable. On the other hand, if we talk about Sanjay Dutt, he has played a negative role on the film screen in the past as well. Recently, his performance in 'KGF 2' was also highly appreciated and now he is seen breathing in the role of Inspector Shuddh Singh in 'Shamshera'.
Talk about Vaani Kapoor, she is playing the role of a dancer in the film. Which is tough from above and their heart is of gold inside. In the film, she will be seen in the role of Sona. You will get to see the love story of 'Shamshera' and Sona in this film, whose glimpse is visible in the trailer. The pair is sharing the screen for the first time in the film screen.
Also Read: Shamshera leaked poster online: Fans compare Ranbir Kapoor's 'wild' look with Yash's KGF 2 & Thor
Ranbir Kapoor won hearts in the role of a dacoit
While Ranbir has worked a lot on his looks and acting for the film, Vaani has also taken professional training in Kathak to make her character strong. Not only this but a special trainer was also called from Awadh to train Vaani to speak dialogues uniquely. Sanjay Dutt's look is also attracting everyone's attention. Talking about the story of the film, this 'Shamshera' is not a story of a dacoit, but of a dacoit tribe who fought for their rights and freedom from the British in the 1800s.
Along with this, in the film, you will also get to see the love story of a dangerous and overbearing dacoit Shamshera and Nachaniya Sona, who roams from village to village with a camp. The entire shooting of the film has been done in Ladakh.
Directed by Karan Malhotra, this film has been produced under the banner of Yash Raj Films. Apart from Vaani Kapoor, Ranbir Kapoor, and Sanjay Dutt, the film also stars Ashutosh Rana, Saurabh Shukla, Ronit Roy and Tridha Choudhary. It will also be seen. Shamshera is going to be released in theatres on 22nd July.
Watch Trailer: