Shatrughan Sinha Sex Scam: 'Bigg Boss 5' fame Pooja Mishra is often in discussion about her statements. Pooja has made very serious allegations against Shatrughan Sinha and his family. 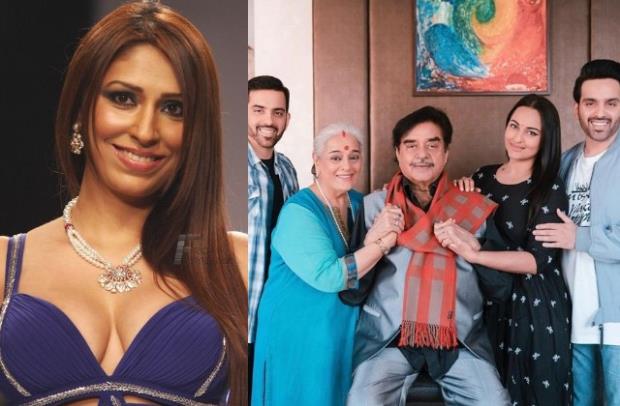 Shatrughan Sinha Sex Scam: 'Bigg Boss 5' fame Pooja Mishra is often in discussion about her statements. Pooja has made very serious allegations against Shatrughan Sinha and his family. In a recent interview, Pooja said that the Sinha family has ruined her career and life.
Shatrughan Sinha and his family did a 'sex scam' with her. Shatrughan Sinha sold her virginity to make daughter Sonakshi a star. I suffered these 17 years. Had someone else been in my place, she would have committed suicide.
Pooja Mishra in an Interview
Pooja Mishra said- 'A family from Bollywood not only ruined my career but also my personal life and finances. I am talking about Shatrughan Sinha. He was a very good friend of my father.
My father was the commissioner of income tax and he did 100-100 crore favours for Shatrughan Sinha and his entire friend circle. It has been two decades but this family is after me after washing its hands. When my father was in Mumbai and used to do service, Poonam Sinha brainwashed him and said that only prostitutes work in Bollywood. How big are they?
Pooja further said- 'Today her daughter Sonakshi Sinha is working in Bollywood, but she told my father like this to grabbed my place. When my father retired and moved to Pune in 2005, Poonam Sinha and Shatrughan Sinha openly suppressed me.
Also Read: Eid Bash: Sidharth and Kiara spotted together, amid breakup rumors, 'Hope they marry soon': Netizens
Rather, Poonam Sinha and Shatrughan Sinha used to do black magic on me when I used to live in the guest house of Videocon. He always had this insecurity that I should not become more famous than her.

What were the Allegations?
That's why today when I look back, these people stole 35 of my films. He is responsible for this. These people confuse me a lot to save myself. No, not we, Salman Khan did it, Shah Rukh Khan did it.
Apart from this, Pooja Mishra said- 'From 2007 to 2014, I lived in my family apartment in Lokhandwala. Do you know that Shatrughan Sinha's entire family lived in the house above that apartment? I used to come shopping from Singapore and they used to steal my things and wear Sonakshi Sinha after entering my house and then getting them printed on photo paper.
Terminating my media contracts, stealing my sponsors, what these people have not done. But the crimes of these people started running on a different level When they started running sex scams in the same house with me. These people started trading me in a state of unconsciousness. These people have made money by selling my virginity.
Sonakshi Sinha has been made a star. She was about to become a fashion designer. Then where did you suddenly come to Bollywood? In 2012, after Bigg Boss, she could not walk on the road. People used to surround me with photographs and autographs. Seeing this, Shatrughan Sinha and Poonam Sinha were stunned.
He got me banned in my house by using his political power. Why didn't Salman invite me to Bigg Boss for 11 years when I love him very much. Because Shatrughan and Poonam Sinha come in between.