Bigg Boss 13 fame Shehnaaz has seemed to found love again. She has reportedly been seen very often with this famous actor. 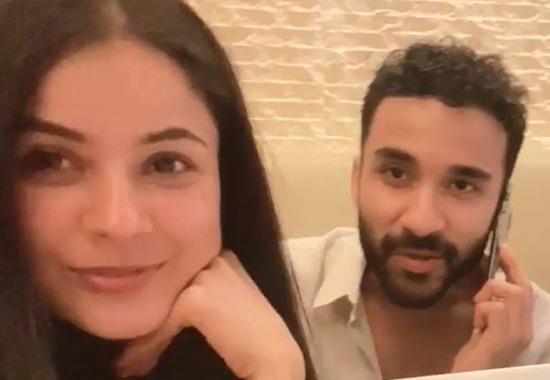 Bigg Boss 13 fame Shehnaaz has seemed to found love again. She has reportedly been seen very often with this famous actor.

Punjab’s Katrina Kaif and Bigg Boss 13 fame, Shehnaaz Gill never leaves a chance to be in the headlines be it her commercials, photoshoots or music videos.

This time again she is catching everyone’s eye as allegedly she is dating a popular choreographer, actor, dancer and TV presenter; Raghav Juyal.

Both Raghav and Shehnaaz are said to be pally and fond of each other. A few days back it was reported that Shehnaaz and Raghav went on a trip to Hrishikesh together as both of them were spotted at the airport together.

Shehnaaz Gill will be soon seen in Salman Khan’s Kabhi Eid Kabhi Diwali making her debut in the Bollywood industry.

Raghav Juyal who earned a lot of fame from a dance reality show is also said to be playing a significant role in the film.

Raghav Juyal was earlier linked with famous choreographer Shakti Mohan as the chemistry between them was loved by their fans.