Many pics and videos of Shilpa are doing rounds on the internet. 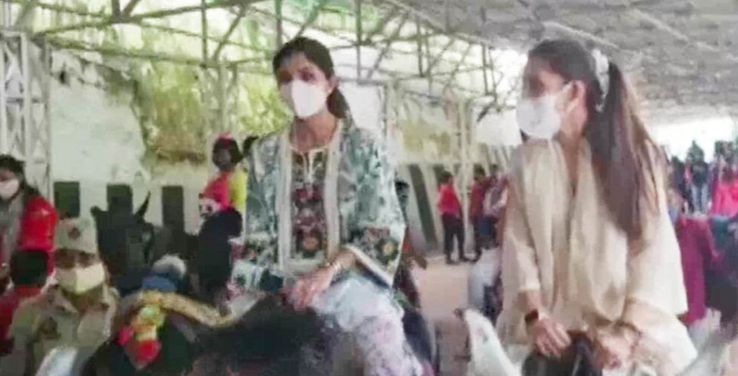 Many pictures and videos have been doing the rounds on the internet, wherein we can see Shilpa taking the journey to the shrine on a horse. She even interacted with other devotees there.

Police officials said she arrived at Katra, the base camp of the cave shrine on Wednesday. Soon after her arrival she was accompanied by police personnel. She undertook the journey to the shrine on a horse. She chanted 'Jai Mata Di' during the journey. Talking to reporters, she said, "I am very happy to be here. It was due to the goddesses' call that I came all the way to pay obeisance to her.”

Her visit to holy shrine came to the same day when Mumbai police has filed a charge sheet against her husband in the pornography case.

Kundra, 45, was arrested on July 19 in the sensational case in which there are several other accused, and the charge sheet running into around 1,500 pages, has been lodged before a Mumbai magistrate court.

Shilpa Shetty has great faith in God; she is often seen in religious places and events. She said that she is a devotee of Mata Vaishno Devi.