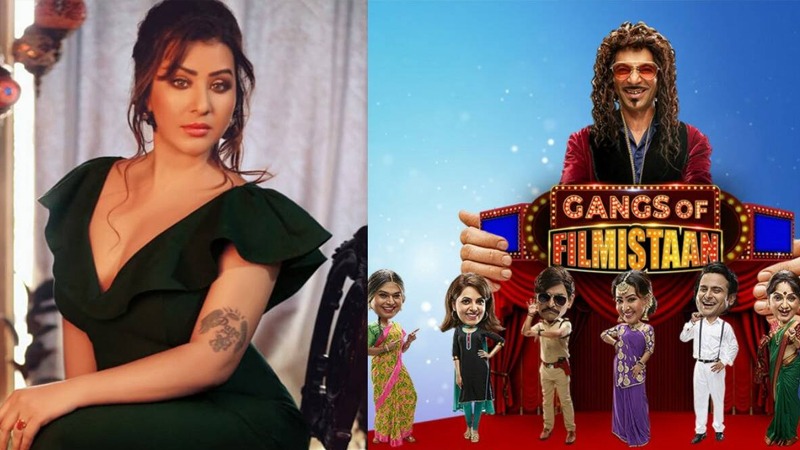 Shilpa Shinde is angry at the producers of Gangs of Filmistan for apparently leaking their 'Private Whatsapp chats and spreading lies' about her. The actress took to her social media account to first share an email clarifying that she had approached Preeti for the redressal of her complaints and then a screenshot of their Whatsapp conversation.

In the first post, the Bigg Boss 11 winner shared that she has been feeling unwell and developed Covid-19 symptoms due to shooting on the sets.

Sharing the screenshot of their email, Shilpa wrote, "Stop telling lies as I had already e-mail you on 29th Aug 2020 regarding my issues & wanted to end this matter on happy note & you have replied too. I’ve also received flowers & a note stating “Get well soon and missing you at the sets”.

Dear, Preeti/Neeti @preeti_simoes @neeti_simoes Stop telling lies as I had already e-mail you on 29th Aug 2020 regarding my issues & wanted to end this matter on happy note & you have replied too I’ve also received flowers & a note stating “Get well soon and missing you at the sets”. Hence kindly stop this drama. I’ve been unwell while shooting at your sets and currently have COVID symptoms. No one is paying for this but only I have to face... So atleast what you could do is not to spread that you are trying to contact me and all. It is a male dominated comedy, I suppose everyone would agree. I don’t understand why are you claiming to have called me again and again. After this bitterness, I doubt I would be able to do a comedy show with you. So let’s not aggravate the situation then what it is already or else let’s end this on positive note. P.S. Screenshot of Mail Sent on 29th Aug 2020.. Swap~ @starbharat

In her latest one, a visibly upset Shilpa lashed out at Preeti and Neeti Simoes for leaking their Whatsapp chats after telling her not to do so. Shilpa explained her side of the story by sharing a screenshot of another Whatsapp chat. In her caption, she also shared that she will even post the script of the part she was given to play and the rest of their chat if they spread lies.
Also Read:
Khiladi Akshay Kumar's wild version of "Rasode Mein Kon Tha" trend

For the uninitiated, Shilpa Shinde, who was supposed to make a return to television with Gangs of Filmistan, decided to quit the show even before it premiered. She had issues with the long working hours and working with Sunil Grover.