The film is set to release in theatres on February 4. 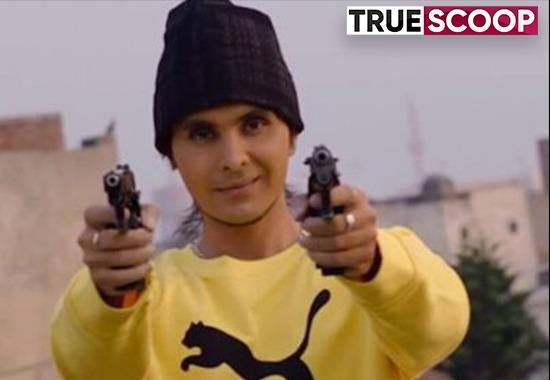 Punjabi crime film 'Shooter' starring Jayy Randhawa, based on the life and crimes of notorious gangster Sukha Kahlwan, will finally see the light of day two years after it was banned by then Punjab Chief Minister Amarinder Singh, citing its violent content.
The film is set to release in theatres on February 4.
Speaking on the occasion, producer K.V. Dhillon said, "I just want to thank God and the judiciary for allowing our movie to be shown in cinemas. I am happy for my whole team. We all waited for this day and finally, after two years this day has come."
Talking about any changes made in the movie he reveals, "We have not made any changes in the movie but there are some additional surprises which you will come to know when you will watch this movie in theatres and yes there are few cuts which are unnoticeable."
Responding to the ex-Chief Minister's opinion of the film promoting violence, he said, "We respect their opinion, but only by watching the 3-minute trailer one should not pass the judgment. We should know the whole story before saying anything, I believe. We are here to produce and promote entertainment, nothing else. One should expect entertainment because we go to watch movies to entertain ourselves, nothing else."
Also read: ‘Ajnabee’ and ‘Veer’ producer Vijay Gilani passes away
"We are not showing any violence, movies are made from moments/things which happen in society, so we have not created anything which has never happened or never shown. It's a normal action, you can go with your family to watch," he concluded.