The police have declined to make public the identities of the attackers and civilians killed in this incident. 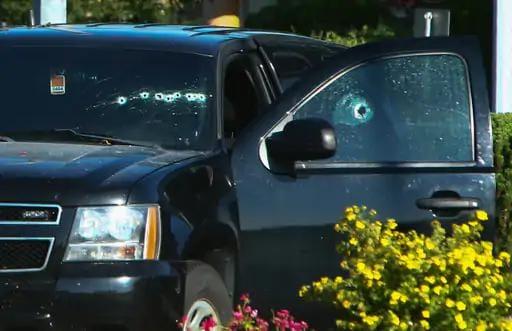 In the city of Langley in the Canadian province of British Columbia, two persons were killed and two were injured when shots were fired in several places. The police also killed the attacker.
The incident happened on Monday morning. Between India and Canada, there is a 9.30-hour time difference. That is, according to Indian time, this incident happened between 9.30 am to 3.30 pm on Monday.
Police said that the shooting started in the night between Sunday and Monday in Langley, a town close to Vancouver. From 12 p.m. until 6 a.m., an attacker targeted homeless persons at around 5 locations throughout the city.
The assailant shot four persons, two of whom died instantly and two others suffered critical injuries. The woman is reportedly in critical condition.
According to the police, the attacker was murdered close to Willowbrook Mall. Near the mall, a black police car was found with at least nine bullet holes in the windshield and the driver's side window.
ALSO READ: #Crackdown on crime or Political Vendetta? Top Opposition Leaders under ED lens
It is still unclear whether the attacker fired on the car or whether the officer inside fired at the attacker.
The police have declined to make public the identities of the attackers and civilians killed in this incident.