Nitesh Tiwari's Chhichhore featured actors such as Sushant Singh Rajput, Shraddha Kapoor, Tahir Raj Bhasin, Varun Sharma, Naveen Polishetty, and others. With its plot and narrative, the movie won many hearts. The film earned numerous accolades at the 2019 National Film Awards, which were announced only a few days ago.

Since Sushant Singh Rajput is no longer with us, Chhichhore's victory is extra special for the team, and the film's emotional value has risen significantly. 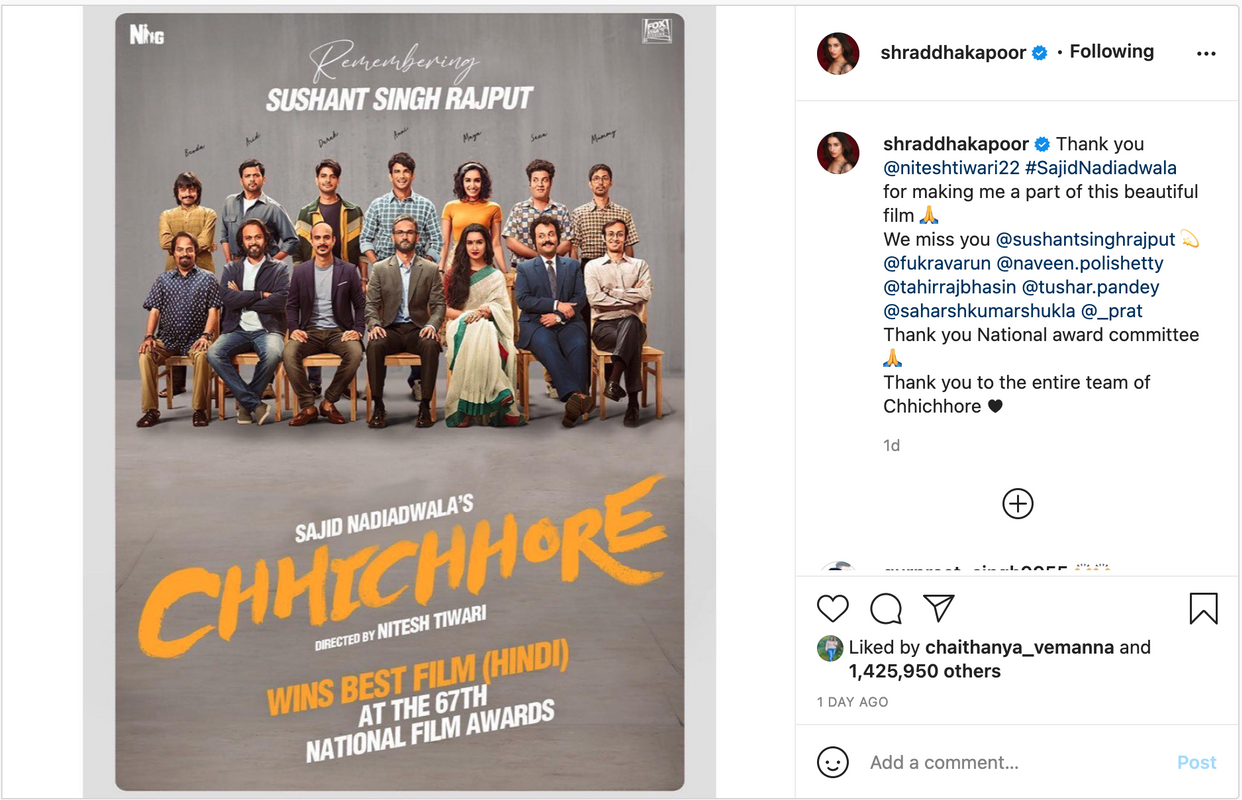 Shraddha Kapoor took to social media to express her delight at the film's win in the Best Movie category. “Thank you @niteshtiwari22 #SajidNadiadwala for allowing me to be a part of this beautiful film,” she added. We miss you @sushantsinghrajput ???? @fukravarun @naveen.polishetty @tahirrajbhasin @tushar.pandey @saharshkumarshukla @_prat Thank you National award committee ???? Thank you to the entire team of Chhichhore ♥️”

“I feel extremely fortunate to have played the part of Derek and been a part of Chhichhore,” Tahir Raj Bhasin said of the victory. To me, it will always be a special film. This ship was captained by Nitesh Tiwari and Sajid Nadiadwala, and it was a fantastic team to be a part of. The movie was about never letting society determine whether you are a winner or a loser, but rather fighting against these labels and pursuing your own happiness. I'm ecstatic that our film has been honored with the country's highest honor. This validates all of the hard work that went into making it, and makes the movie even more precious to us. As we celebrate our big win, today will also be a day of remembrance and gratitude for Sushant without whom this story would never have been told.”