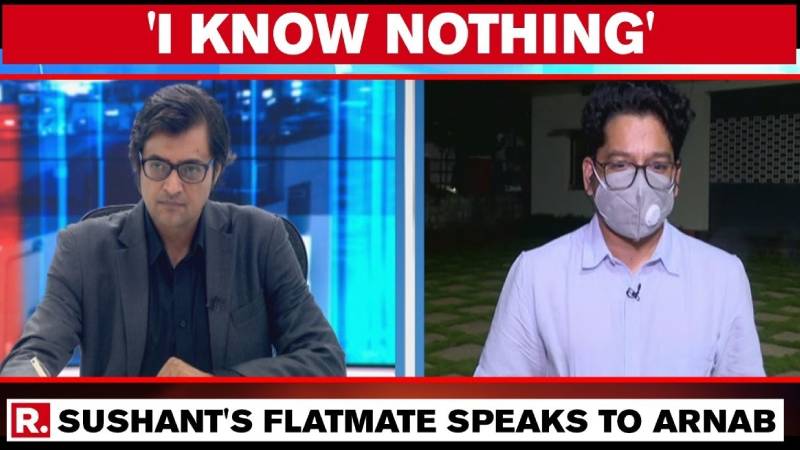 Amidst the on-going controversy in Sushant Singh Rajput's case, sensational claims by Sushant's flatmate Sidharth Pithani has raised many eyebrows on him and Bollywood actress Rhea Chakraborty. Recently, Sidharth in an email to Mumbai Police accused Sushant's family of pressurizing him to give a statement against Rhea Chakraborty.

Finally, when Sidharth came for a one to one interview with Republic TV Editor-in-chief Arnab Goswami he had to face some factual questions. In the interview, Sidharth revealed that there was no party at the night when Sushant died. Pithani also said that he has been the flatmate of Sushant from the past one year.

Sidharth also went on to reveal that Sushant was on medication and he was getting treated by psychiatrist Dr. Kesri Chavda. However, when asked about what medicine he uses to feed Sushant, Sidharth refused to answer this. On being asked whether Rhea used to brought medicine and give him to feed Sushant, Pithani did not answer this as well.

Sidharth also revealed that Rhea told him to take care of Sushant when she left the late actor's home. However, when asked about the depression narrative clearly, Sidharth fled away from the live interview.