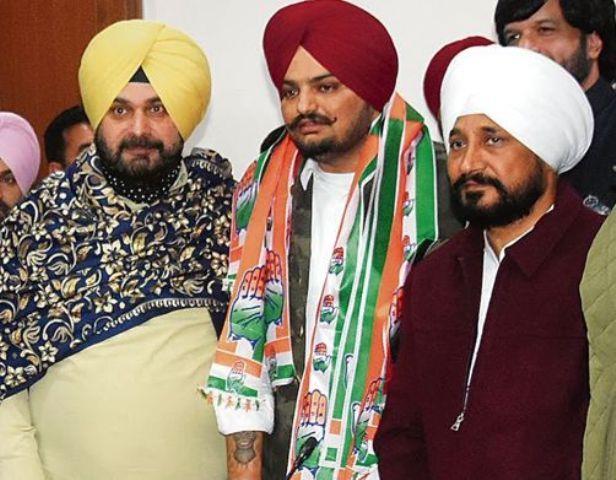 Famous Punjabi singer Sidhu Moose Wala who is known to glorify guns and police cases in his songs will contest elections from Mansa, Punjab.
Mansa Congress MLA has opposed his candidature on Friday. Nazar Singh Manshahia said that Congress will lose Mansa if an outsider and political novice like the Punjabi singer is selected as the party nominee.
“My family is a traditional supporter of the Congress and I am a better claimant for the seat. I have had a long association with veteran Congress leader and Cabinet minister Tript Rajinder Singh Bajwa. In the last elections, I contested on the AAP ticket and managed to win with a huge margin due to the support of the Congress,” said Manshahia.
Sidhu Moosewala enjoys a massive fan following in Punjab; however, since his induction in Congress, people are calling him ‘Gaddar’ (traitor). The people of Punjab allege that the singer chose a party that launched ‘operation blue star’ and is responsible for the Sikh massacre in 1984.
His song 'Jatti Jeonay Morh Di Bandook Wargi,' which was released in September 2019, sparked a debate over a reference to Mai Bhago, an 18th-century Sikh fighter. He was accused of casting a poor light on the Sikh warrior. Later, Moosewala offered an apology.
Also read: Rapper Sidhu Moosewala joins Congress; A look at his career and controversies
In July 2020, another song, 'Sanju,' sparked controversy. After Sidhu Moosewala was granted bail in an AK47 shooting case, the song was released. In a song shared on social media, he compared himself to actor Sanjay Dutt. After a video recording of him shooting at a firing range in a Barnala village went popular on social media in May 2020, Sidhu Moosewala was charged under the Arms Act. However, he was eventually granted bail by a Sangrur court.