Sidhu Moose Wala Dead: Know who is he, From Politics to Controversy; All you need to know 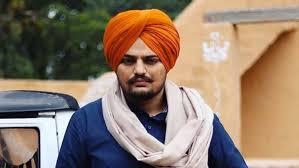 Sidhu Moose Wala: Punjabi singer Sidhu Singh Moosewala was shot dead. The attackers opened fire on Moosewala in Jawaharke village of Mansa district in Punjab. Moose Wala has been admitted to the hospital in a serious condition.
Where he was declared dead.
Sidhu Singh Moose Wala had recently joined politics and Navjot Singh had joined Congress due to his closeness with Sidhu. Moosewala had contested from Mansa assembly seat. However, they were defeated. Let's know who is Sidhu Moose Wala...
Born on 17 June 1993, Shubhdeep Singh Sidhu alias Sidhu Moosewala was a resident of Moose Wala village in Mansa district. Moosewala has a fan following in lakhs and was famous for his gangster rap. Moose Wala's father Bhola Singh is a former army officer and their mother Charan Kaur is the sarpanch of the village. He holds a degree in Electrical Engineering. He learned music during his college days and later moved to Canada.
Identity made from famous Punjabi songs
Sidhu Moose Wala was also known as one of the most controversial Punjabi singers. It was alleged that Moosewala has openly promoted gun culture. His song 'Jatti Jeanne Mod Di Gun Wargi', released in September 2019, created a controversy regarding Mai Bhago, an 18th-century Sikh warrior. Moose Wala later apologised.
Moose Wala was also surrounded by controversies
Another song 'Sanju' also created controversy in July 2020. The song was released after Sidhu Moose Wala got bail in the AK-47 firing case. He compared himself to actor Sanjay Dutt in the song released on social media. In May 2020, a video clip of him firing at a firing range in Barnala village went viral. In this case, a case was registered against Sidhu Moose Wala under the Arms Act. However, later a court in Sangrur granted him bail.
Moose Wala lost the election to Mansa
Sidhu Singh Moose Wala joined Congress in December 2021. He was joined by the then state president Navjot Singh Sidhu. After that Sidhu got Moose Wala to meet Congress leader Rahul Gandhi. Congress had expressed confidence in Moosewala by cutting the ticket of sitting MLA from Mansa Nazar Singh Manshahia. However, Moose Wala lost the election. He was defeated by Vijay Singla of the Aam Aadmi Party. Vijay Singla defeated Moosewala by 63,323 votes.