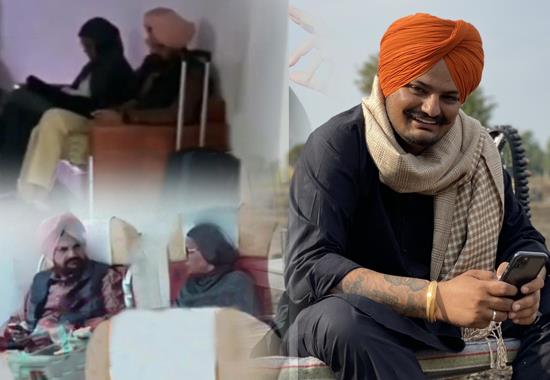 In a major development, slain Punjabi singer Sidhu Moose Wala's family on Friday left for the United Kingdom after his father Balkaur Singh, and mother Charan Kaur gave an ultimatum to the Punjab government to give justice to his son. Balkaur Singh and Charan Kaur had told the media in a press briefing that they will leave the country if justice does not get delivered within the next one month, they will leave the country and also withdraw the FIR. Now, Sidhu Moose Wala's family's photos have surfaced from the airport reportedly leaving for the United Kingdom.

Now, the question arises whether Sidhu Moose Wala's family actually left the country or not. Reports suggest that the slain Punjabi singer's family has gone to the UK to participate in a demonstration to amp up the call for justice for their late son.

Sidhu Moosewala’s father Balkaur Singh alleged that his son was murdered in planned way but police want to show it as a gang war incident. He also threatened to withdraw his FIR and leave the country if justice does not get delivered within next one month. In this regard, he has also sought time from DGP. Sidhu Moosewala’s mother Charan Kaur too expressed her wrath over delay in deliverance of justice.

After the family's ultimatum, Punjab CM Bhagwant Mann during a press briefing gave his statement on the allegations raised by Balkaur Singh. Mann said, “Sidhu Moosewala Murder Case is a very serious issue and the government has conducted a thorough investigation about the same and results are visible. All the accused involved in carrying out the murder were already arrested by the police. Also, for the gangsters sitting outside India, Punjab government has sought red corner against them from the central government. The police administration is working very hard to deliver justice to Sidhu Moosewala by tapping every evidence they have."

Famous Punjabi Singer, Sidhu Moosewala was shot dead in Punjab’s Mansa on May 29, 2022. Post this, Canada-based gangster Goldy Brar took the responsibility for the murder. Goldy Brar was called an accomplice of gangster Lawrence Bishnoi.