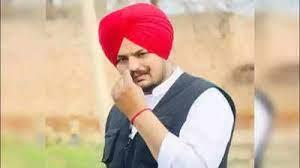 The charge sheet in the murder case of the Punjabi singer Sidhu Moosewala has been prepared. The Punjab Police will submit it to the court soon. The police have listed 15 suspects in this charge sheet, including mastermind Lawrence Bishnoi and sharpshooters. Additionally, 40 witness statements are recorded. In addition, CCTV footage from numerous locations has been added as proof.

The police have made CCTV footage and weapons important evidence in the charge sheet. The police have footage of the hotels where the shooters were staying as well as of Corolla and Bolero chasing Moosewala's Thar. In addition, the forensic investigation of the guns used in the encounter that resulted in the deaths of Roopa and Mannu, as well as the cartridges recovered from the scene, have both become crucial pieces of evidence.

The names of the police officers involved in the investigation, the doctors who conducted the post-mortem, members of the forensic team and eyewitnesses are included in the charge sheet.