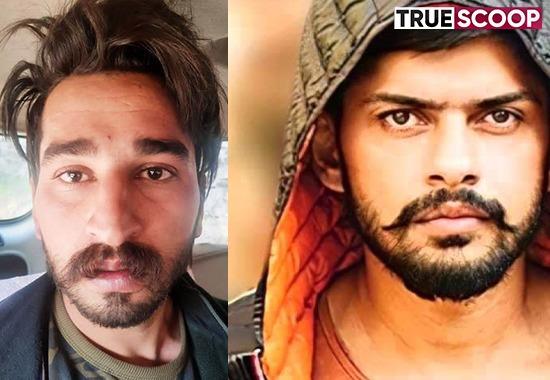 Sidhu Moosewala Murder Case Updates: The conspiracy to kill Punjabi singer Sidhu Moosewala started in August last year. Its mastermind was gangster Lawrence. Lawrence did all the planning which was executed by his brother Anmol, Canada sitting partner Goldy Brar and nephew Sachin Thapan. The Punjab Police made this disclosure on Thursday. Anti-Gangster Task Force (AGTF) ​​ADGP Pramod Ban said that there was a plan to kill Moosewala in January itself. However, at that time it could not carry out the incident.
Shooters had reached Mansa on 25th only: ADGP Pramod Ban said that the sharpshooters had reached Mansa only on the 25th of May. Since then he was looking for an opportunity to kill Moosewala. He had tried on 27th May also but could not succeed.
Krab and Nikku also followed Thar: Sandeep Kekra and Nikku did a recce of Moosewala on 29th May. Both of them had gone to Moosewala's house. He took a selfie with Moosewala. Then made a video call and informed Goldy Brar and Sachin Thapan about Moosewala. Said to go by security Thar jeep without Moosewala. After this, he followed Thar for some distance on the bike. On the road ahead, sharpshooters were present in Corolla and Bolero. After signalling them, both of them left.
Also Read: Bishnoi gang threatens former Ajnala Congress MLA
The reason for the murder of Midhukhera: ADGP said that the murder of Vicky Midhukhera in Mohali became the reason for the murder. Gangster Lawrence suspected that Moosewala was involved in the murder of Midhukhera. He was Lawrence's college friend. After the murder of Vicky, Lawrence made a complete conspiracy to take revenge.
Brother and nephew sent abroad on fake passports: ADGP told that Lawrence had to protect brother Anmol and nephew Sachin Thapan after hatching the entire conspiracy of the Moosewala murder. So he got fake passports made and sent them abroad in January itself. However, their plan failed in January. The information of which has come to the police. Will bring them both back. A case has been registered against both of them in this matter.
The investigation also revealed that Lawrence's nephew Sachin Thapan had called a private channel and said that I had shot Moosewala. At that time Sachin was sitting abroad. He wanted to divert the investigation of the police.
AK series was used in the murder: ADGP Pramod Ban said that pistol and AK series weapons were used in the murder of Moosewala. They rejected the use of AN94. He said that the weapons seized by the Delhi Police would be forensic investigated whether they were used in the murder or not. Apart from this, Punjab Police will also interrogate sharp shooter Priyavart Fauji caught by Delhi Police.