Sidhu's comment came at a time when Pakistan has been actively promoting terrorists in Kashmir as well as terrorism in border areas. 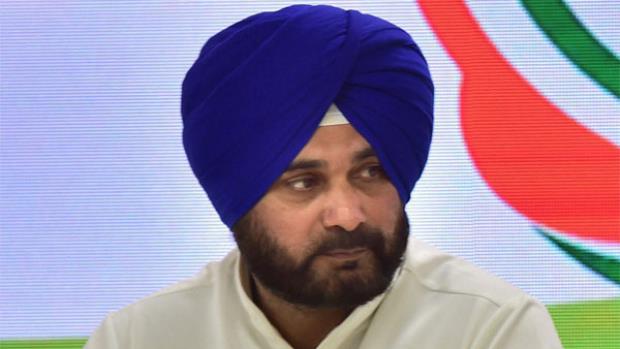 Punjab Pradesh Congress Committee president, Navjot Singh Sidhu sparked another controversy as he visited Karatarpur Darbar Sahib in Pakistan on Saturday. The Congress leader after returning from the Kartarpur shrine referred to Pakistan Prime Minister Imran Khan as 'elder brother' who has showered him with all his love.

After his name was left out of Punjab Chief Minister Charanjit Singh Channi’s Jatha that visited the Gurudwara on Thursday, Sidhu on Saturday crossed over the Pakistan border to visit the Gurdwara Darbar Sahib.

Sidhu's comments came at a time when Pakistan has been actively promoting terrorists in Kashmir as well as terrorism in border areas.

Navjot Sidhu is not new to controversies like this. He had shown a deep affection for Pakistani leaders who support terrorism against India on several occasions.

The cricketer-turned-politician drew wrath across India when he hugged Pakistani Army Chief General Bajwa during a previous visit to Pakistan.

Then Punjab CM Captain Amarinder Singh had slammed Navjot Sidhu for his actions.

The Punjab Congress chief returned to India on Saturday afternoon after travelling through the visa-free Kartarpur corridor. Sidhu also lobbied for the corridor to be opened for cross-border trade.

"I suggest that we open the borders if you want to change Punjab's life. Why should we travel 2100 kilometres to Mundra Port? "Why not from here (the Kartarpur corridor), where it's only 21 kilometres to Pakistan," Sidhu said.