It has been a while since the Union Cabinet Minister has been working towards a fit body. 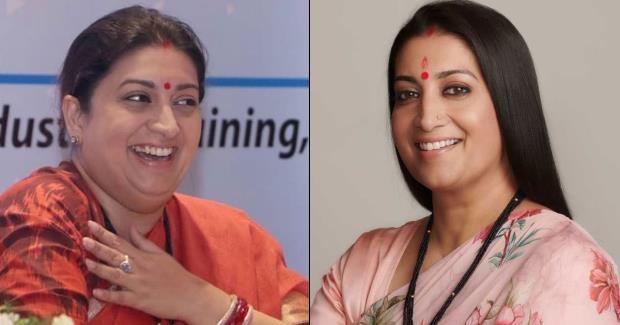 Smriti Irani may have entered politics, but for many, she will always be ‘Tulsi’. The former actress rose to fame with her portrayal in Kyunki Saas Bhi Kabhi Bahu Thi. She joined the Bhartiya Janata Party back in 2003 and gradually left the showbiz to focus on her political career. Today, we bring to you, a rather new side of hers that is a treat to witness. Scroll below for her drastic weight loss.

It has been a while since the Union Cabinet Minister has been working towards a fit body. Over the past few months, there have been multiple occasions when one could notice that she was losing weight. But the final picture has left fans spellbound.

Smriti Irani shared a picture of herself recently, where she could be enjoying her time in the greenery. She wore printed ethnic wear and was seen reaching out for a flower in the picture. “जो पहुँच के पार है , वहीं पर बहार है …#फूल न तोड़ें #sunday ,” read the caption. Take a look at the picture

Celebrity friends, as well as fans, were quick to notice the massive transformation in her weight. Many even took to the comment section and praised the new her.
Actress Mouni Roy wrote, “Khoob sundor” Sonam Kapoor Ahuja commented, “Looking great.” “Wowwwww you’ve lost so much weight,” Anita Hassanandini commented.
A fan commented, “That jawline.”Another wrote, “Dear @smritiirani ji give your transformation tipsSmiling face with open mouth and cold sweat pls. Read about you everyday now in weight loss pieces.”

Just not that, Smriti Irani even changed her display picture on Instagram, and fans were smitten by her fit version. She looked gracious in a white floral saree.