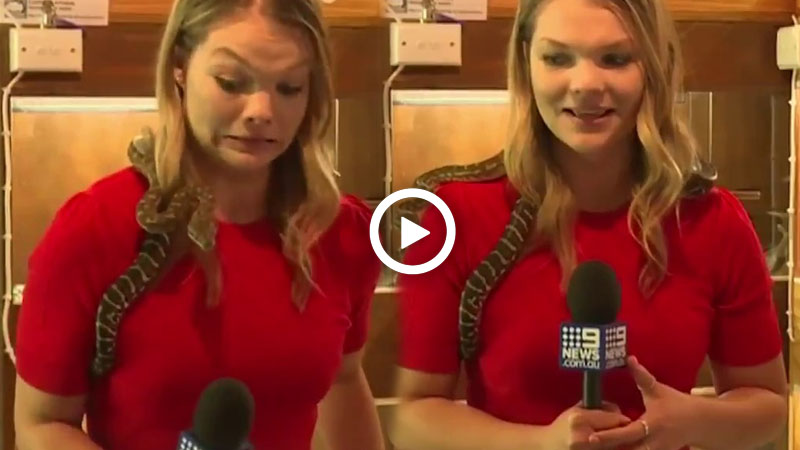 A scary video of an Australian journalist is getting viral. Recently, the journalist was shooting with a snake wrapped around her neck but soon it turned into a nightmare for her when the snake suddenly attacked the microphone she was holding.

The video was dropped by Sky news with caption, "An Australian reporter screamed after a snake draped around her shoulders repeatedly struck at her microphone."