Taking to Instagram, Soha shared two pictures on the occasion of Eid. 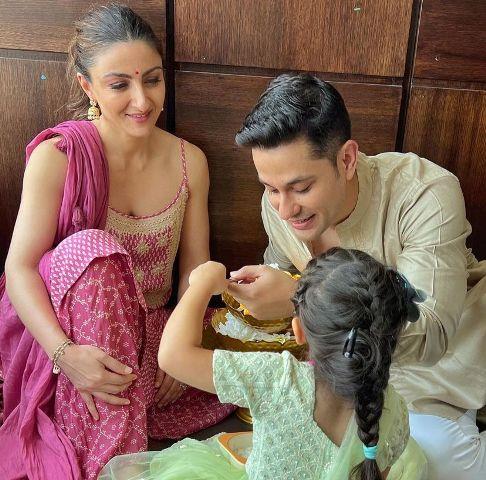 Bollywood actress Soha Ali Khan celebrated Eid with her family. From Holi, Diwali to Christmas, Soha, and Kunal make sure that Inaaya celebrates each and every festival with equal zest.
Taking to Instagram, Soha shared two pictures. In one picture,  her actor husband Kunal Kemmu and daughter Inaaya Naumi Kemmu can be seen. In the second picture, Soha can be seen making sevaiyaan.
"Wishing you and your families peace and prosperity and a very joyous Eid al-Fitr #eidmubarak," wrote Soha.

Also read: Natasha Poonawalla glows in gold in Sabyasachi saree for Met Gala 2022
The couple's fans were delighted to see the photos. Soha is the daughter of veteran actress Sharmila Tagore and former Indian cricket captain Mansoor Ali Khan Pataudi, and the younger sister of actor Saif Ali Khan. She started her acting career with the romantic comedy film Dil Maange More (2004) and is best known for her role in the drama film Rang De Basanti (2006), for which she was nominated for the Filmfare Award for Best Supporting Actress.
Pataudi got engaged to actor Kunal Khemu in July 2014 in Paris and married him in Mumbai on 25 January 2015. She gave birth to their daughter, Inaaya Naumi Khemu on 29 September 2017.