Kiara recently shared many of her memories with Sushant. During the shooting of 'MS Dhoni', Kiara had a lot of talks with Sushant and he got to know more closely about his personal life. 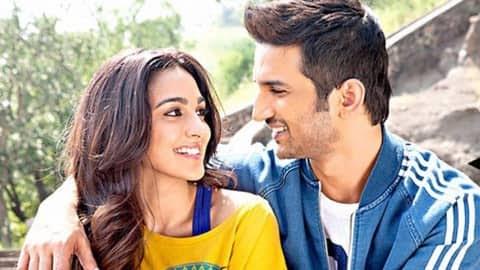 Kiara Advani is currently busy with her films. Her 'Bhool Bhulaiyaa 2' is going to be released soon. After that, she will be seen in 'Jug Jug Jiyo'. Everyone noticed Kiara in the film 'MS Dhoni: The Untold Story. In this, she was in the role of Sakshi Dhoni.
She was accompanied by actor Sushant Singh Rajput who played the lead role. Kiara recently shared many of her memories with Sushant. During the shooting of 'MS Dhoni', Kiara had a lot of talks with Sushant and he got to know more closely about his personal life.
Kiara told Sushant that someone should make a biopic of his life as it is a very interesting story. In The Ranveer Show podcast, Kiara said, “We were shooting in Aurangabad and we would have packed up at 8 pm. We had a flight at 4 in the morning. That's when I got a chance to spend time with Sushant and we started talking.
Also Read: Two Sikhs Suljeet Singh Ranjeet Singh gunned down near Peshawar
The journey he was narrating is quite interesting. How did he get 'Dhoni'? His life story behind Preity Zinta from being a backup dancer to being an engineer...and he always had a lot of books to read.'
Research about Dhoni
Kiara told that she had told Sushant, 'Someone should make a biopic on you someday because it is very interesting.' He further said, 'Sushant had a booklet in which questions were asked to Dhoni and his answers were also there. He did a lot of research about Dhoni's personal and professional life.
Sushant was an energetic person
Kiara told that Sushant slept only for 2 hours and still was full of energy on the sets. The actor believed that the human body needs only 2 hours of sleep.