Sonam Kapoor complains her dogs are getting scared at #9Baje9minute campaign. Netizens troll her by posting Diwali video 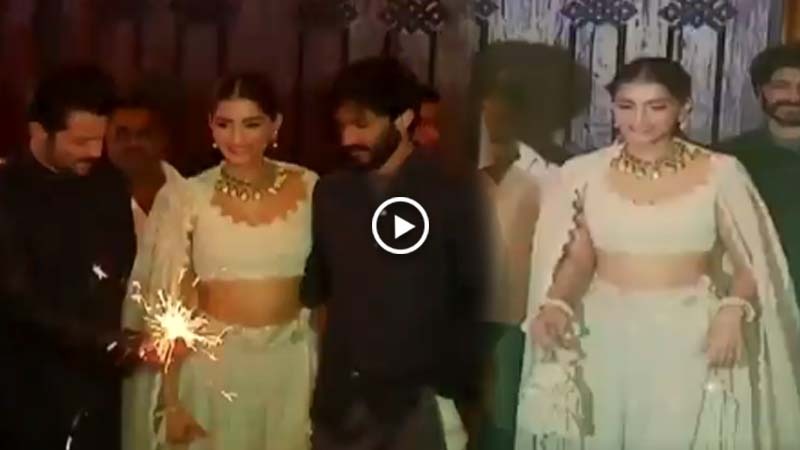 India on Sunday seemed united in a war against pandemic coronavirus. The nation showed its solidarity by lighting diyas, candles and torches on PM Modi's #9Baje9Minute call.
However, there are sections of people who are deaf by choice as PM Modi only urged people to illuminate not burst crackers. Still, people gathered in group, marched with lights and even burst crackers.

She also added, "There was complete peace and quite, and now the birds ,dogs and sirens are freaking out in south Delhi because some morons decided to burst firecrackers tonight."

On this netizens on Twitter starts trolling and one of the users also posted her Diwali video in which the actress seemed burning firecrackers.