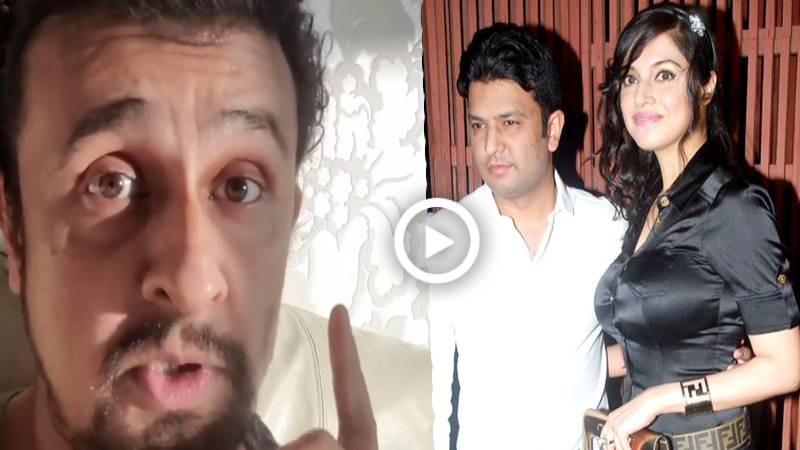 Sushant Singh Rajput's demise has created a force under which everyone is breaking the stereotype and talking about the wrongdoings going on in the Bollywood industry. Veteran singer Sonu Nigam had brought the power play of music mafias after Sushant's demise.
Now in another video,  Sonu Nigam has now come down heavily on T-Series chairman and MD, Bhushan Kumar.
Sonu has shared a new Instagram video on Monday morning, which he captioned: "Laaton ke mafia baaton se nahi maante (you cannot reason with the uncouth mafia with words)."
In the video, the singer has accused Bhushan of attempting to destroy his image.
"Bhushan Kumar, now I have to mention your name. And now, you deserve being addressed without respect. You have messed with the wrong person," Sonu said in the video in Hindi.
"Do you remember the time when you would come to my home requesting me, ‘brother record an album for me. Brother, record Deewana for me. Brother, introduce me to Smita Thackeray and Bal Thackeray. Save me from Abu Salem. Abu Salem is abusing me, do you remember? Don't mess with me, I am warning you."
"Do you remember, Marina Kanwar? I don't know why they backed out, but media knows how the mafia functions. I still have that video with me. Now if you mess with me, I will upload that video on my YouTube channel. So don't mess with me," Sonu concluded.
Sonu had posted a seven-minute-long video on Instagram on Thursday in the wake of actor Sushant Singh Rajput’s death. In the clip, he requested top music labels to be “a little sensitive” towards young talents so that the latter may not end up facing a fate like Rajput.
Sonu, without naming any label, alleged that “two” music companies control the entire music scene in the country and are not letting newbies sing in films, because the latter are not their artistes. “I’ve had so many young singers come up to me, literally crying. They say that the composer and director want them to sing, but the music label doesn’t want them, simply because they are not that label’s artiste,” he said in the video.
Watch Video:
Also Read: After Payal Rohatgi questions Karan Johar's sexuality, Vikas Guppta accepts of being 'Bisexual'. Watch