Sonu Sood as Prime Minister of India? Read what the actor feels about this 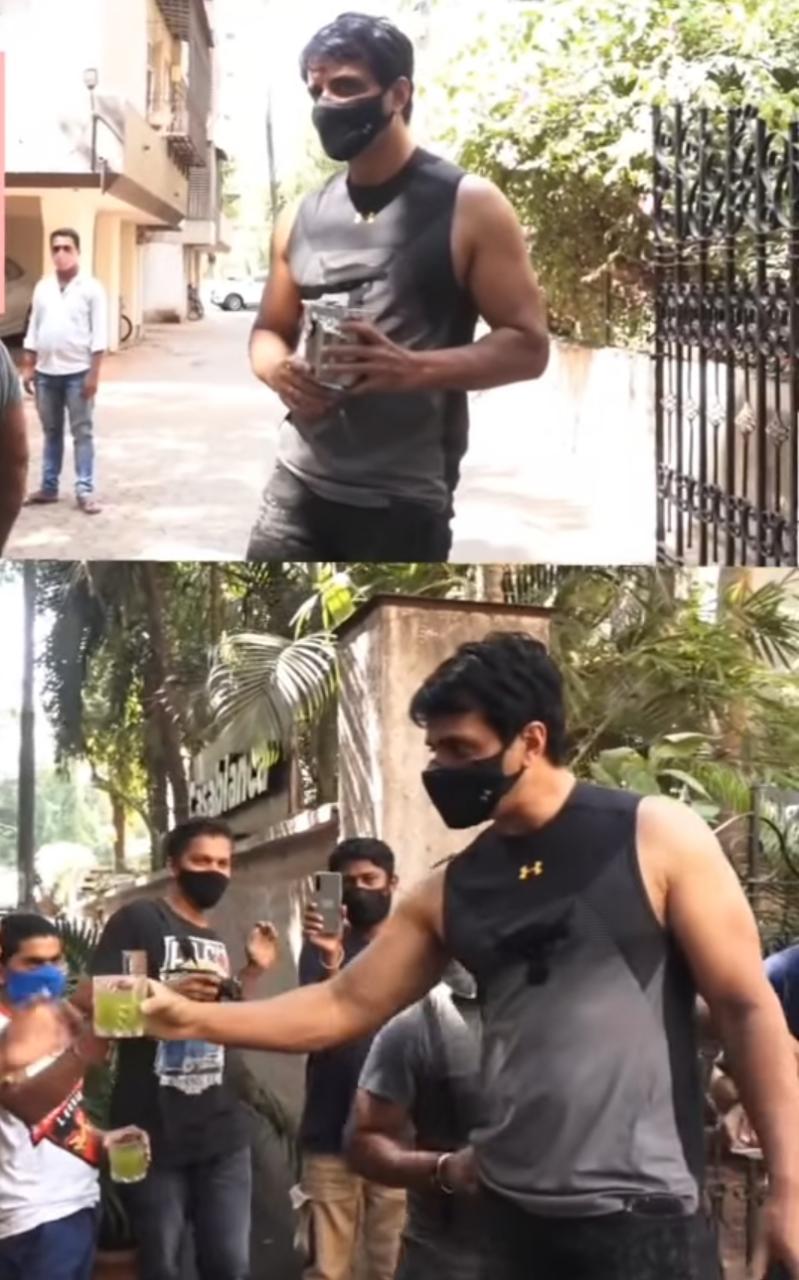 Actress Rakhi Sawant recently shared her strong desire to make Sonu Sood the Prime Minister of the country. Now Sonu Sood has reacted to this statement of Rakhi. A video of Sonu Sood outside his house is also going viral on social media. In this video, Sonu Sood very politely says that he is better as a common man.

In fact, in the viral video, Sonu Sood is seen giving drinks to many people and paparazzi outside his house in hard sunlight. During this time, Paparrzi told Sonu Sood, “many people want that you should become the Prime Minister of the country. At the same time, Rakhi Sawant has also recently talked about making you the Prime Minister, so would you like to contest elections?” On this question of Paparrazi, Sonu very politely said, "the things are better at their own places. I am better as an ordinary person. At least I am standing with you guys."

Let me tell you, a video of Rakhi Sawant came out yesterday, in which he said, "I think that Sonu Sood or Salman Khan should be made the Prime Minister of this country because they are the real heroes. Sonu Sood, Salman Khan, Akshay Kumar, and Amitabh Bachchan, people of the country love them so much. " Even before Rakhi, many people have shared their mutual desire to make Sonu the Prime Minister. In the Corona era, Sonu Sood has been working to help needy people. Sonu has become the messiah of the people due to his noble deeds.