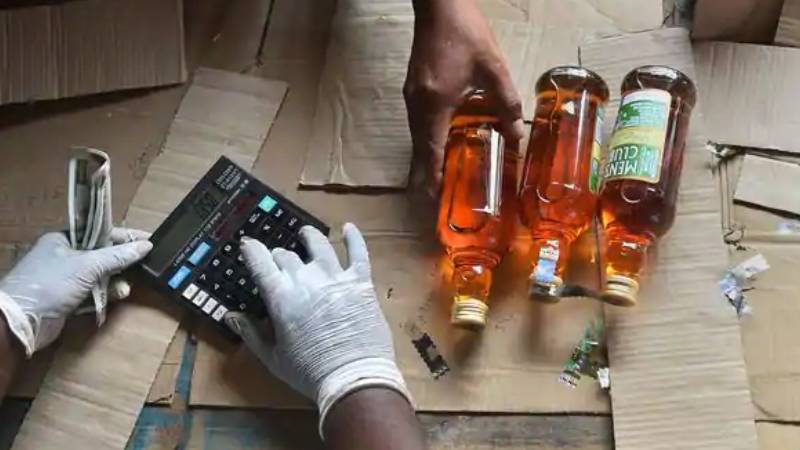 Amid strict instructions from Chief Minister Captain Amarinder Singh to further step up investigations into the hooch tragedy, the Punjab Police on Monday apprehended 12 more persons, including two businessmen, and have launched a manhunt for a Ludhiana-based paint business owner who had initially supplied the three drums of spurious liquor that had triggered the wave of deaths.

The Chief Minister directed DGP Dinkar Gupta to put the full might of the police force in tracking and apprehending every single person involved in the case and move swiftly to ensure stringent action against each of them. Nobody should be spared, said Captain Amarinder, even as the Punjab Police launched a departmental inquiry against the 2 DSPs and four SHOs suspended for negligence. The magisterial inquiry ordered by the Chief Minister is also probing the involvement of all suspects, as well as the 6 police and 7 Excise & Taxation Officers whose suspension was ordered by the Chief Minister on Saturday.

With the latest arrests, the total number of arrests in the case has gone up to 37, including five kingpins of the illicit liquor mafia that spanned several districts of the state. A manhunt has been launched for 8 more identified accused, including the Ludhiana-based paint shop owner, Rajesh Joshi, believed to be a key player in the mafia chain, said DGP Dinkar Gupta.

Investigations are also in progress to identify other links, he said, adding that efforts are also in progress to identify the various supply routes across districts since there were multiple buyers of the Ludhiana-based businessman, who was still absconding. The DGP said raids were still continuing. The death toll in the case has meanwhile gone up to 108, with 82 deaths in Tarn Taran and 13 each in  Amritsar and Batala.

Among the arrests made in the past 24 hours is Ravinder Singh Anand of Moga. Ravinder, who runs a factory manufacturing mechanical jacks, had bought 3 cans of 200 litres each of the spurious liquor at Rs 11000 a drum from the Ludhiana businessman. He had recently started manufacturing of hand sanitisers.

From Ravinder, the 3 drums went to one Avtar Singh, also of Moga, who sold it to Harjit Singh and his 2 sons, residents of village Pandori Gola in Tarn Taran, for Rs 28000 a drum. Harjit and his sons paid Rs 50000, with a balance still pending, and hid the drums in bushes near their village.

Further investigations have revealed that Harjit and his sons (Satnam and Shamsher) gave 42 bottles worth of spurious spirit from the drums to Gobinder Singh, for Rs 6000. Each of these bottles was diluted by him by 10% to make 46 bottles, which he sold to the sons of Balwinder Kaur on July 28 and 29 in two instalments of 23 bottles each. Balwinder, the first person to be arrested in the case, had further diluted the alcohol by adding 50% water and sold a bottle of the diluted spirit for Rs 100.

Meanwhile, Ravinder Sing has further revealed that he was an associate of a Moga based paint store owner named Ashwini Bajaj, who has been arrested. Ravinder’s questioning disclosed the involvement of Rajesh Joshi, who is evading arrest.

The DGP said initial investigations indicate that Gobinder, Ravinder, Darshana Rani, Triveni Chowhan and Harpreet Singh were among the key accused in the case, and their links with other major mafia gang members were being ascertained.