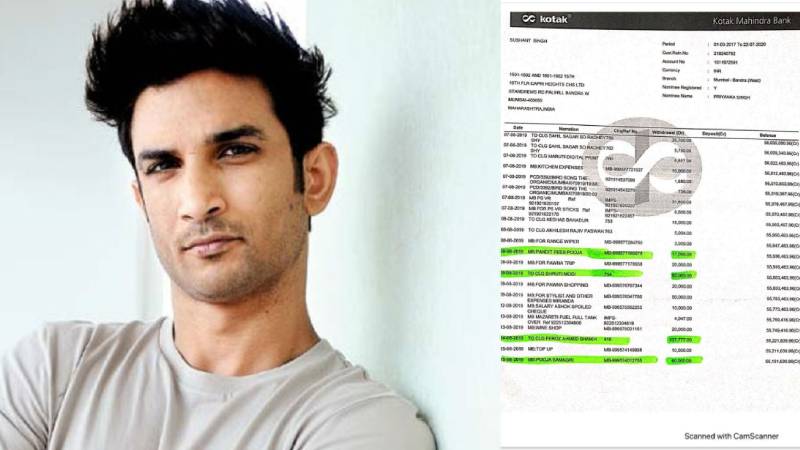 Sushant Singh Rajput's case seems to be taking new twists and turns with every passing hour's/ days. The investigation in his case seems to be revealing some very shocking details about his financial statements.

One such shocking detail that is being reported is that 2.63 crore rupees were allegedly transferred to 2 CA's accounts between May 2019 and April 2020.

The report also seems to claim that fixed deposits of an estimated 4.5 crore which was apparently in Sushant's sister's name were slashed to 2 crores.

According to the family of the late actor, such major monetary changes were made at the behest of the actor's former girlfriend Rhea Chakraborty.

Rajput's father, KK Singh in his complaint to the Bihar Police accused Rhea of theft and cheating besides other allegations. The family also claimed that approximately 15 crore rupees were transferred from Sushant's account to another account possible linked to Rhea.

The ED reportedly questioned Chakraborty and other members of her family for 8 hours on Friday.

The CFA has reportedly probed the actress on her income and spending.

The authorities now seem to be looking into the joint venture companies of Rhea and her brother Showik.