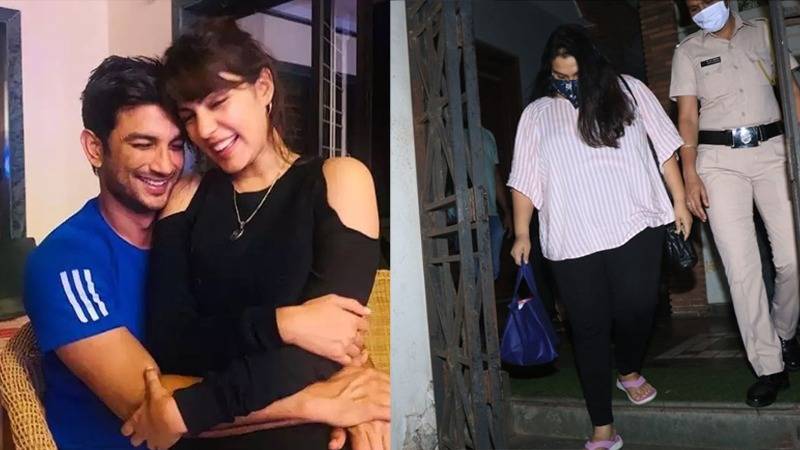 Spreading the net wider in the Sushant Singh Rajput financial deals probes, the Enforcement Directorate (ED) on Tuesday interrogated Shruti Modi, Sushant, and Rhea's ex-manager. She was also questioned on Friday and Monday by the ED.

While responding to the probe, Shruti revealed that ever since Sushant hooked on to Rhea Chakraborty, his life decisions were made by Rhea. Although she denied having any knowledge about financial irregularities and illegal transactions, Shruti Modi alleged that Rhea Chakraborty made all financial and professional decisions on behalf of the actor.

Not only this, but Shruti Modi also alleged that in some instances, the Jalebi actress also took phone calls for Sushant, including matters related to companies where she had stakes.

Rhea's decision making was not only restricted to Sushant's monetary department but also his filmy career. Some other reports revealed, Shruti told the ED that Rhea was also taking decisions on certain projects connected to Sushant. However, the actor's ex-manager further claimed that she was not in regular touch with Sushant after February 2020.  Earlier, ED filed a money laundering case against the Jalebi actress and her brother Showik after the Chhichhore actor's father KK Singh allegedly accused Rhea of using SSR's money extensively. Meanwhile, today, SSR's friend Siddharth Pithani had also arrived at the ED office for interrogation.

On the other hand, reportedly, the second hearing of Rhea's plea has been deferred due to some technical glitch and it is said the matter will be taken up shortly. Another crucial report is also coming to lime-light that as per CBI sources, the family of Sushant is suspecting murder and have questioned the autopsy report.

Sushant was found dead in his Bandra flat in Mumbai on June 14. His family has lodged an FIR against Rhea and several others for abetment to suicide.