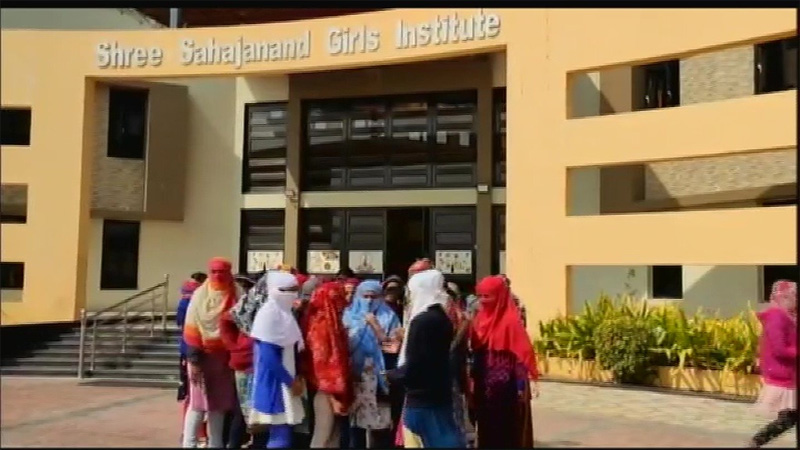 The matter came into limelight through a report of an news agency. In the report it is explained that the Shri Sahjanand Girl's Institute, located in Bhuj, follow some norms which states that menstruating women are not allowed to build any physical contact with other students, and should stay out of the kitchen and a nearby temple.

1) In the college run by Swaminarayan Mandir followers, around 1,500 students are enrolled.

2) After receiving a complaint that the menstruating women had violated norms, made contact with others, entered the kitchen and temple, the principal stepped into matter.

3) According to one student's account of this week's events, the women were interrupted during lessons, publicly asked which of them was on her period, and forced to take off their underwear in a restroom. The harassment was routine said another student.

4) The second student explained that women from distant Gujarat villages had to live in a hostel housing school students, in the absence of dedicated accomodation for college-goers. A trustee told them they were welcome to go to court, but imposed two conditions: the women should leave the school hostel and sign a declaration denying that anything had happened to them.

5)  Neither the trustee nor the principal, who is a woman, responded to requests for comment. But two other officials, including a second trustee, have promised "action." However, no specifics are mentioned.

6)  A third student said college authorities subjected parents to emotional blackmail as they urged them not to seek police intervention.