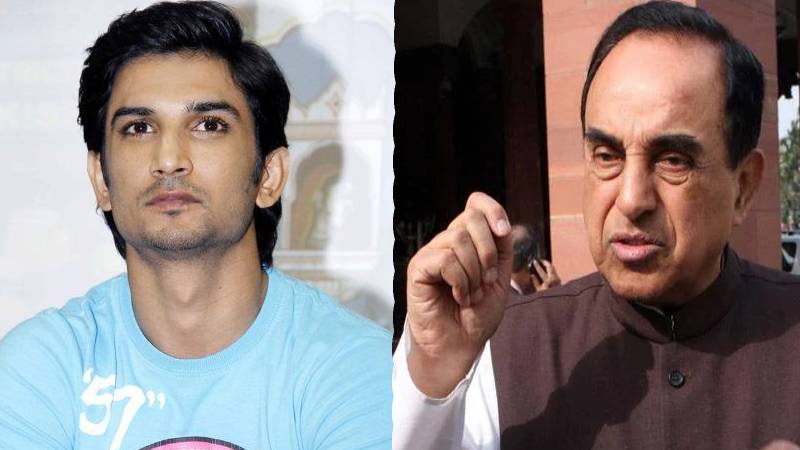 Former Cabinet Minister Subramanian Swamy has shown interest in the investigation into late Bollywood actor Sushant Singh Rajput's death. Swamy has appointed an advocate to conduct an investigation into the late actor's suicide case to find out if the case is fit for a CBI inquiry.

On Friday, BJP Rajya Sabha MP Subramanian Swamy came live on YouTube with advocate Ishkaran Singh Bhandari. Interacting with Ishkaran, Swamy said that when Congress MP Shashi Tharoor wife Sunanda Pushkar died, she was termed to die by suicide by the Police. However it was he who filed the case of investigation in the high court, as a result today Shashi Tharoor is out on bail.

Swamy went on to say that he is surprised by how some Bollywood celebrities are terming Sushant's death as 'suicide'. Whey are they so much interested in Sushant?

Swamy went on to say that whether murder or even suicide, CBI Inquiry should be done. In suicide, it will be revealed who abetted Sushant to commit suicide. A person who abets suicide is punishable for up to 10 years of imprisonment. Swamy also went on to say, that CBI Inquiry will not be allowed by Maharashtra government, then like Sunanda Pushkar's case, he along with Ishkaran will file a petition in court.

Swamy also cited the example of Sridevi, that died in a foreign therefore not much was done in her case. Swamy also responded to people who are requesting to let Sushant 'Rest In Peace'. Director Anubhav Sinha said that people should stop drama and let Sushant rest in peace. Swami said that in such cases people should go by the constitution rather than humanity.